Are Damages from Sinkholes Covered by Auto Insurance? 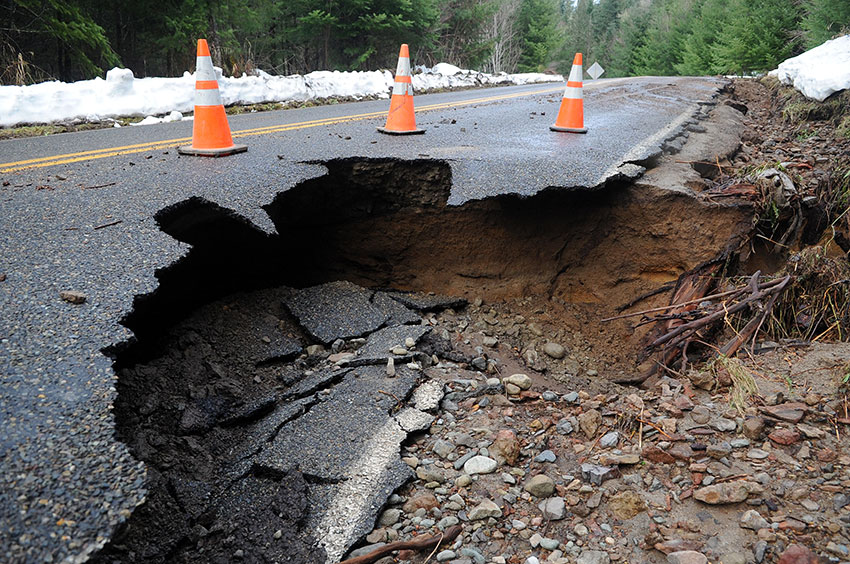 Sinkholes originate from both geological and man-made conditions. In Florida, for example, underground dolomite or limestone layers can dissolve over time, leaving a void that ultimately collapses. Infrastructure, buildings, and vehicles are then all at risk when the surface layer gives way and a sinkhole opens. While such geology doesn’t present the same level of hazard in Canada as it does in Florida, subsurface erosion does exist in nature, particularly where glacial silt was deposited after the last ice age. Man-made conditions are more likely to create sinkholes in Canadian urban centers. For example, a broken water main in downtown London, Ontario, caused the pavement of a major intersection to collapse in 2007. Fortunately, this event occurred at 3 a.m. so little damage to anything other than the road and underground infrastructure occurred.

On Wednesday, June 8, 2016, a sinkhole opened up on Rideau Street in Ottawa, next to a downtown shopping mall and near the location of construction work on the city’s new light rail transit system. Power in the area went out and both water and gas lines were damaged in the event. No one was injured and only one vehicle fell into the hole, a van belonging to a locksmith. It was parked on the opposite side of the initial collapse on the four-lane street. Because of work on the LRT, Rideau Street was not fully open to traffic at the time of the incident. A week after the incident the precise cause of the collapse remains unknown. There is no indication that LRT work contributed, but the soil in the area is a mix of sandy and rocky conditions. In 2014, a smaller sinkhole occurred several blocks from the current hole.

With an occurrence of comparative rarity, what happens in the aftermath of a sinkhole isn’t well documented in Canada. In the case of the locksmith, the van is too deep to be safely recovered with heavy lifting equipment risking further collapse. The van — and its contents — will remain in the hole, crushed and covered by concrete that will be poured in the area. The weight of the concrete should assure the van creates no additional void.

Are Damages from Sinkholes Covered?

According to the Insurance Bureau of Canada, no matter where you live in Canada, car insurance is mandatory to legally operate a vehicle. However, required car insurance coverage is minimal and focuses on liability coverage. It’s possible in most parts of Canada to insure your vehicle is without collision or comprehensive coverage. Omitting collision coverage may make sense for a vehicle that is off the road or seasonal. Leaving off comprehensive coverage may be an option for an older vehicle that you will write off and replace rather than repair, should non-collision damage occur.

So, are damages from sinkholes covered? Should something happen to your vehicle due to a sinkhole, assuming there is no personal injury, then minimum mandatory coverage won’t help you. According to insurance industry professionals, damage and loss arising from an encounter with a sinkhole would probably fall under collision coverage portions of your policy. There’s no specific mention of sinkhole coverage as a peril to Canadian drivers and therefore there’s nothing likely to exclude it as an insurable incident, provided complete insurance covers the involved vehicle. A motorist with both collision and comprehensive insurance can relax.