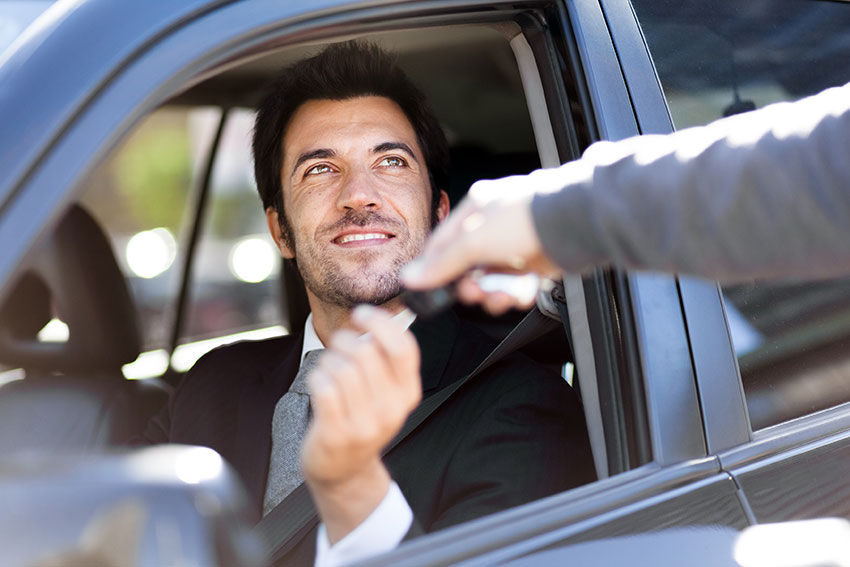 With Uber ride-sharing so prominently in the news in Ontario recently, that news is overshadowing another transportation revolution, that of peer-to-peer car sharing. Instead of letting a vehicle sit idle, the car owner signs up with a service such as Turo, a San Francisco company that’s testing the waters in the Canadian market. Pre-approved drivers can then choose to rent that car owner’s vehicle in much the same way a typical car rental agency works, but, with Turo’s aid, person to person and at a rate that’s about 30 percent cheaper than typical car rentals.

Renting Your Own Car

One of the big advantages to a driver who can rent a vehicle to others is the cost offset. Typically, personal cars represent only expenses. The Turo model introduces a revenue aspect. A motorist who lists a car with Turo is called a host, and the average cost in the U.S. makes $600 a month from peer-to-peer renting. It’s a potential change to the economics of car ownership, and may also represent a new way to access vehicles for the person who has only an occasional need for a vehicle.

In fact, Turo’s CEO Andre Haddad thought that the service would be limited to big cities, where not all drivers necessarily owned cars, and not all car owners used their vehicles on a daily basis. That sort of car sharing is a perfect way to meet the needs of both car owners and car renters.

However, Turo’s business quickly spread beyond only major urban centers. In five years, the company has managed over a million rentals with listings in 2,500 cities and delivered cars to 300 airports. When you consider that a traditional car rental agency such as Avis has desks in only 60 airports, Turo’s market reach is impressive.

As of early 2016, Turo is the only peer-to-peer ride-sharing service active in Canada, with operations in Ontario, Alberta, and Quebec. In the U.S., companies such as JustShareIt, CarHopper and GetAround followed Turo into the peer-to-peer business, but none have made their way into Canada yet. GetAround has indicated they are considering Toronto, but there’s no target date in place yet.

Haddad expanded the service into Canada after hearing from Canadian tourists who used Turo in the States. Seeing that the car rental market in Canada was worth over $3 billion annually, he felt comfortable that Turo would do well north of the border. In the year between January 2014 and 2015, car-sharing grew by 50 percent in Canada, well over a year before Turo arrived on the scene.

One of the big problems that ride-sharing has run into is the insurance question arising when a driver uses a personal vehicle to carry passengers through a service like Uber. This is not a problem with Turo, as they cover hosts’ vehicles with $2 million in liability insurance coverage. Every renting driver is prescreened, and the company provides roadside assistance and customer support advice. While hosts must be insured by one of four of Turo’s insurance partners, expect this to grow in the future, making ride-sharing a promising way to offset the high costs of car ownership.