No-Fault Car Insurance – What Does It Mean?

No-Fault Car Insurance – What Does It Mean?

Of all insurance terms that many motorists find confusing, perhaps none create misconceptions more easily than “no fault.” When we think of fault in regards to a car accident, we usually consider who caused the accident. It’s natural to assume “no fault” means that it no longer matters who caused an accident. Some drivers think that “no fault” means that, even if they caused an accident, their insurance premiums aren’t affected.

This isn’t the case, however. In Ontario, fault is very much a part of the auto insurance system, and in ways many consumers don’t realize. Let’s unravel the various uses of the fault concept and set the record straight for all auto insurance consumers.

What does no fault insurance mean?

The insurance system in Ontario blends no fault provisions with traditional tort-based insurance. Tort refers to the ability to sue others for loss or damage suffered due to their actions. That means one driver can sue the driver who caused the accident. This fault is called liability in insurance circles.

This creates aspects for which a driver can and cannot sue the at-fault driver. While that seems somewhat confusing, it makes more sense when we look at the basic components of mandatory coverage and how each fits into the mixed tort/no fault system.

How does no fault insurance work in Ontario?

Of the four basic components of the insurance policy that the government requires as mandatory, three get paid by a driver’s own insurer to the driver, if they apply to a particular claim. These components are:

When did no-fault insurance start in Ontario?

Murray Elston, Ontario’s minister of financial institutions. introduced the Ontario Motorist Protection Plan legislation on September 15, 1989. Billed at the time as a social safety net to enhance access to health care for accident victims without a need to sue.

The province experienced a liability crisis following a 1985 lawsuit. Even though the results of the suit overturned on appeal, the shock waves spread across the both the province and the insurance industry, affecting products other than only auto insurance. The current no fault provisions took effect in June 1990.

Is no fault insurance mandatory in Ontario?

Yes. No fault provisions comprise the basic, mandatory policy required for all vehicles using public roads in Ontario. Provisions don’t alter or substitute, so all drivers face the same blend of tort and no fault coverage. No fault, in this regard, is a concept embedded in the statutory insurance requirement, not a feature or option.

No fault insurance: who pays deductible?

Because of the no fault provisions in use in Ontario, it’s sometimes not clear to drivers who pays the deductible in the various accident scenarios. Along with that, there’s often confusion about the effects accidents have on insurance policies. The general rule is that the at fault driver — and his insurer — pay, while the other driver or drivers do not.

However, fault is not always allocated 100 percent to a single driver. When fault splits between two or more drivers, each pays according to the percentage of fault assigned. So if a driver has 50 percent fault assigned, they pay 50 percent of their deductible. Which insurance company pays the remainder depends on several things, including the DC-PD rules. 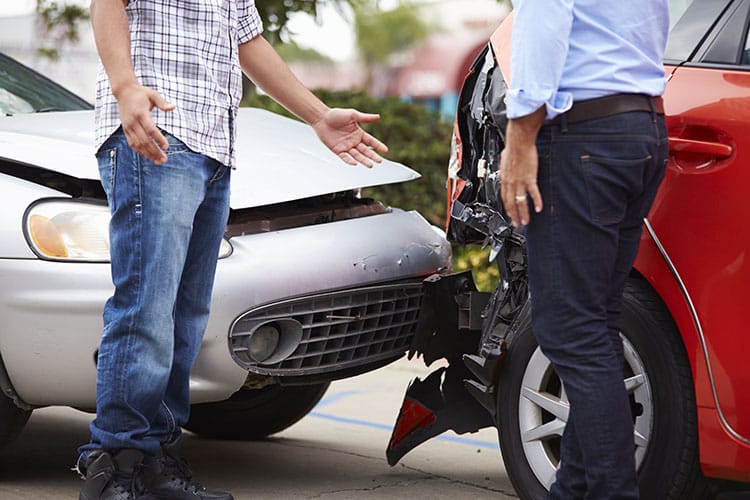 An important concept behind Ontario’s no fault strategy involves quick settlement of claims. To aid insurers in accomplishing this, fault assigns in an accident by comparing the actual incident to one of over 40 fault determination scenarios. These make up the fault determination rules, part of the original Ontario Motorist Protection Plan from 1990.

Because of this, there is a two-level appeal process if a driver disagrees with the fault determination and believes that it does not reflect the actual events surrounding the accident. Any time a driver receives more than 25 percent of the fault for an incident, it’s likely that it will trigger an increase in insurance premiums. Therefore, accurate fault determination can save a driver money.