Thunder Bay is a very densely populated city in the northwest part of Ontario on the shores of Lake Superior. As per the latest census, the population was estimated at 109140 and 6th most diverse and culturally rich in North America. This city is a center for administrative, commercial, and medical services hence it attracts new businesses with its vast potential. Especially knowledge-based start-ups researching molecular medicine and biotechnology fields. This city has many active quarries for the semi-precious gem amethyst including the Amethyst Mine Panorama, the largest in North America.

Who Has The Cheapest Home Insurance Quotes In Thunder Bay

The above table shows a comparison of home insurance rates by insurance providers in Thunder as per a sample profile.  Out of all the insurers, the highest quote for home insurance was by Perth Insurance. They quoted an average annual premium of $2007 and Gore Mutual quoted $793 lesser which is a 40% difference.  The lowest quote was by Squareone Insurance at an average annual cost of $787 and the difference between their quote and the quote by Perth Insurance was $1220.

Moving To Thunder Bay? Things You Need To Know

If you have decided to move to Thunder Bay then you may find it a well-connected prime location. It is close to the US and other major transportation routes as well as a hub for railway services. You may easily get around the city using Thunder Bay Transit and their buses run mostly late until midnight. Thunder Bay Regional Health Sciences Center is a major healthcare unit and there are many dental and medical units. Thunder Bay Police Service maintains law and order in the city. You may check out the crime mapping on the city website to select a safe location in terms of crime rates.

There are ample opportunities to acquire education in Thunder Bay. With 38 elementary schools, 3 middle schools, 2 private schools, 8 secondary schools, and 1 adult education facility you have many options. The western campus of the Northern Ontario School of Medicine, Lakehead University, and Confederation College are also institutions that Thunder Bay can be proud of. If you are an outdoor person you may walk or zip-line through the Eagle Canyon which is the longest Canadian suspension bridge. Or you may just gaze at the stars by visiting the Thunder Bay Observatory. This city has a wide variety of options to blend an urban lifestyle with nature.

The Northwood area has a lot of schools and colleges, it is ideal if you have kids or you are a student. It is true that many areas in Thunder Bay had a flood on a major scale in 2012. Many areas in Thunder Bay are swamps such as River Terrace, Parkdale, Sherwood Estates, McIntyre, etc.  Other good areas in the city are Port Author, Mariday Park, and Current River.  Central and Intercity areas have a lot of dining options, shopping centers, business, and financial institutions. There are many parks, grand villas, suburban and semirural areas around the north side of Thunder Bay.  You may find a variety of housing options in Thunder Bay apart from the usual choices. These include cottages at waterfront locations, traditional homes, executive apartments, and condos for retirees.

As per Statistics Canada release about crimes reported by Police in Thunder Bay, there has been a decline over the past years. Violent crimes by youth saw a decline of almost 29.80% and crime rates for the property was reduced by 30%. The overall rate of decline in crimes was at 6 percent.

Thunder Bay is a community-friendly city where there is less traffic congestion when compared to busy cities. At the same time, the pricing for houses is reasonable. A small family of 4 may need around $4900 per month to live decently in Thunder Bay and this also includes the rent. The average rent in Thunder Bay is around $750 to $1170 per month as per the number of rooms and location. 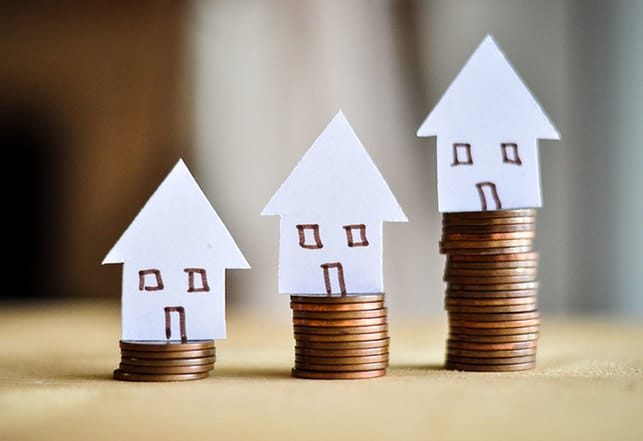 An average-sized detached home may cost less than $250000 in Thunder Bay.

The average price of a semi-detached house in Thunder Bay is around $230000.

Property Tax in Thunder Bay could be around $2700 per year as per the size of the property and could go up to $5000.

Hydro Bill for a small family in Thunder Bay could cost around $175 per month.

If you are looking for some sun and shine in the eastern part of Canada then Thunder Bay is a good choice. It is quite sunny even when the temperature drops. Warm summers get cooler late in the day and the highest temperature could be around 24.2°C. Winter temperatures could dip as low as -8.6 °C.

The hourly rate of daycare costs in Thunder Bay may range anywhere from $11 to $15. There are 4 daycare centers for kids from the age of 18 months up to 12 years and the city operates these as per Thunder Bay Children’s Charter. Apart from these, the city also privately operates a home daycare program for kids between the ages of 6 weeks to 12 years.

The average grocery cost per person in Thunder Bay could be around $200 to $300 as per the diet.