The city of Red Deer is in the Central part of Alberta in the middle of Calgary and Edmonton Corridor. It is situated by the Red Deer River and surrounded by Red Deer County. This area is in aspen parkland where cattle, oil, and grains grow. Red Deer is a hub for petrochemical, agricultural, and oil production. As per the 2016 census, the population of Red Deer was 100418. This city is a rapidly growing destination for families, entrepreneurs, and visitors.

Who Has The Cheapest Home Insurance Quotes In Red Deer

Moving To Red Deer? Things You Need To Know

Red Deer offers you all the amenities that a large city has such as schools, health care centers, libraries, museums, etc. There is a regional airport and regional hospital in Red Deer. If you are an art lover, you may be delighted to know that there is a range of cultural and arts groups. These include Ignition Theater, Central Alberta Theater, Red Deer Museum & Art Gallery, Red Deer Symphony Orchestra, and the Red Deer Royals. Red Deer Transit offers bus service throughout the city. There are 3 school authorities that run schools in Red Deer. 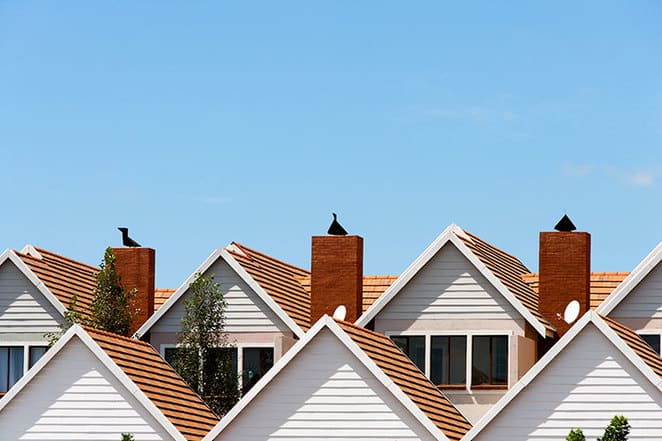 Some of the best neighborhoods of Red Deer are as follows:

This neighborhood has lots of green open spaces with pretty private yards and you may enjoy hiking the trails nearby. Downtown is nearby and you may buy a home for an average price of around $300000.

The neighborhood has the downtown to the west with Waskasoo Creek and some walking trails bordering the other 2 sides. You may be able to buy a home for as $250000 in Parkvale.

The Mountview neighborhood overlooks Waskasoo Creek and the city. You may find many homes here around the price range of $300000 and it is quiet and peaceful.

There is only 1 road in this neighborhood that the homeowners and for other users to reach another part of the city. Only the residents use the other roads and there are ample creeks, woods, walking trails, and a convenience store around the corner. Most of the houses in Sunnybrook are duplexes, townhouses, apartments, detached homes, etc.

This is one of the earliest neighborhoods in Red Deer with lots of tall trees, lakes, and natural reserves. There is a selection of private and rental home properties here and is close to shopping amenities in the downtown area.

This neighborhood is on the edge of the downtown area near the city center and has many attractions. You may buy homes here for around $240000 or more.

In this neighborhood, homes are typically styled and may cost around $300000 and above. It is also close to shopping, skating rinks, and parks.

There are many condos and duplexes at affordable prices in this neighborhood and is near the Parkland Mall. You may also find many older homes in this locality.

The average cost of living for a small family in Red Deer is around $2500 to $2800 per month excluding rent.

Due to its strategic location and competitive benefits, Red Deer is the country’s Economic Capital. In Red Deer, there are more than 4000 businesses that provide over 65500 jobs in diverse sectors. These include agriculture, natural resources, production, arts, recreation, trades, equipment operation, transportation, etc. The top 5 industries in Red Deer are healthcare services, retail trade, construction, oil & gas extraction, and manufacturing.  Almost 50% of the jobs are related to these industries. Out of these, the top 3 occupations in Red Deer include trade & equipment operators, sales & services, business, and finance.

The average price of a single-family house in Red Deer is around $389000.

Red Deer collects taxes for the Piper Creek Foundation and Alberta Education. The city does a mass appraisal of properties to assess the market value of the real estate. The assessors do this by collecting, reviewing, and analyzing data of real estate sales data. They assess the quality, feature, size, and age of the home to determine the final property value. You may use the calculator on the city website to estimate the property taxes. For example, a property at an assessed value of $300000 may have a property tax of around $2689.77.

The average hydro bill for a small family in Red Deer is around $155 to $180 per month.

Red Deer has a continental and humid kind of climate with long summers and windy freezing winters. Most time of the year, the sky is overcast. The temperature starts to rise in May and lasts till September and the winter season starts from November and lasts till March. The coldest days of the year could be January 1 and the warmest day could be July 26.

The average cost of daycare in Red Deer is around $13 to $18 per hour for full-time childcare. You may apply for a childcare subsidy on the provincial website.

The average grocery bill for a small family in Red Deer is around $245 to $360 per month as per diet.