The city of Medicine Hat is located in the southeast part of the province of Alberta and has Lethbridge on the east and Calgary to the southeast. The Cypress County surrounds this city and the town of Redcliff. As per the census of 2016, the population of Medicine Hat was 63260. Medicine Hat is strategically located on the Trans-Canada Highway, South Saskatchewan River, and the Crowsnest Highway. Rich in natural gas field reserves, Medicine Hat is also called ‘The Gas City. There are many flour mills, brickworks, coal mines, glass bottle manufacturing, pottery that thrives here.

Who Has The Cheapest Home Insurance Quotes In Medicine Hat

Moving To Medicine Hat? Things You Need To Know

If you want to visit Medicine Hat then you may check out if it is a good and safe community. Maybe you are pleasantly surprised to know about the benefits of living in the Medicine Hat. You may find that Medicine Hat has the lowest tax rates combined in the country, a good climate, and the cheapest utility rates in Alberta. Medicine Hat is also at a hub of routes with good air, rail, and highway connections. The Medicine Hat Regional Airport helps to travel regionally and across Canada. Medicine Hat Transit provides accessible as well as affordable public transportation to travel throughout the city. So, there are lots of travel options if you don’t want to drive.

Greyhound and TRAXX coach lines also provide options for commuting. The Medicine Hat Regional Hospital provides medical care to residents. There are over nine schools in Medicine Hat including a Francophone school and the Medicine Hat College. There are sixty-eight traffic controllers who manage the busy traffic in the city intersections.

There are many attractions in Medicine Hat that have historical importance. These include the Medicine Hat Clay Industries National Historic District, the Medalta Potteries, and Hycroft China Factory there. A large multiplex for indoor use has facilities for theater, archives, art gallery, museum, cafe, and gift shop. An extensive trail system connects all the parks and the city has more than 100 km of walking trails. These include the Police Point Park, Strathcona Island Park, Kin Coulee Park, Echodale Regional Park. Central Park and Riverside Veterans’ Memorial Park. 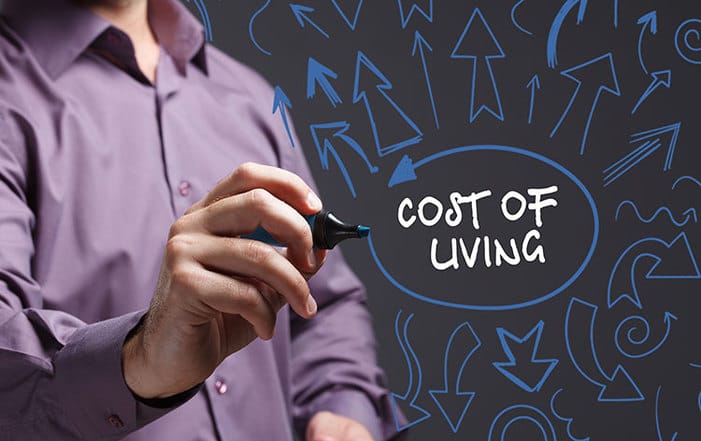 The city funds the Medicine Hat Police Service and is also the base of the South Alberta Light Horse; an army reserve unit.

Medicine Hat offers affordable living with good quality of life in a thriving community. There are some top-class facilities and amenities in Medicine Hat. These include the Esplanade, Canalta Centre, and Family Leisure Centre. You may live a pretty decent life in Medicine Hat at a comparatively lower cost of living than in other cities.

Being very economical is possible in Medicine Hat as it has its own gas & utility power generation plant. Medicine Hat produces and distributes gas and electricity to the residents. There are also other industries such as greenhouses, foundries, and many oil and gas companies. Some of the major public employers include Regional Hospital, School District, the City governance. Province of Alberta and Catholic Board of Education. The private employers of Medicine Hat include Wal-Mart, Canadian Pacific Railway, Superstore, Co-op CF Industries, etc.

The average price of a single house is around $306045 in Medicine Hat.

You may pay around $286700 for a detached house in Medicine Hat.

The cost of a semi-detached house in Medicine Hat is around $269005.

The average cost of utilities including sewer, water, garbage, gas, and electricity in Medicine Hat is around $235 per month.

Due to its location in the steppe region, Medicine Hat has a continental and semi-arid climate. The dry Chinook winds do make winters more tolerable and evenings have low humidity. This city has lower precipitation levels than other cities in the prairie regions and gets lots of sunshine. July is the hottest month of the year and the average temperature rises to around 19.8 degrees. January is the coldest month throughout the year and the temperatures may drop to -10.7 degrees.

The average cost for licensed full-time daycare is around $12 to $15 per hour. For a child subsidy, you may check qualifications and apply on the provincial website.

In Medicine Hat, the average cost for a grocery bills is around $200 to $250 for a small family per month.