Chestermere is a small city in the eastern part of the province of Alberta in the County of Rocky View. This city is also a member of the Calgary Regional Partnership. Until recently, the city was known as Chestermere Lake which is a 750-acre lake that Bow River flows into. As per the census of 2016, the population is around 6331 households was about 19715. You may drive to Chestermere through the Alberta Highway 1A or Trans-Canada highway. Or, you may travel by air to the Chestermere Airport. There are churches, clubs, associations, libraries, schools, and recreation centers in Chestermere. You may also find golf homes, exquisite lake view homes, and acreages in Chestermere. Or, if you prefer there are many small neighborhood communities with condos, townhomes, and family houses.

Who Has The Cheapest Home Insurance Quotes In Chestermere

Cost Of Home Insurance In Chestermere

The above table compares the cost of home insurance in Chestermere by some insurance providers. Pembridge Insurance had the highest average annual quote at $3048 which was $1142 higher than Wawanesa Insurance.  The next highest quote was $2538 by Squareone Insurance at a quote lower by $510 than Pembridge. Wawanesa had the lowest average quote at $1906 per year for home insurance. RSA had a quote slightly higher by $215.

Moving To Chestermere? Things You Need To Know

Chestermere has a laid-back air of relaxation, something you may love if you had enough of the busy large cities. It is mostly a lakeside small community with lots of recreational options. This city also has vast economic potential due to its location on the east border of Alberta and is rapidly growing.  Startups and established businesses thrive here and you may find your own opportunity in Chestermere.

If you are raising a family then you have ample choices for education. These include many schools that Rocky View School Division runs in Chestermere and surrounding communities. The Chestermere Lake Middle School, High School, Rainbow Creek Elementary, and Prairie Waters Elementary School are in Chestermere. Highway 1 & 1A connect the city to Calgary on the west and to Medicine Hat on the east. The Calgary International Airport is just a 20-minute drive away and the CN Main Rail line is another transport mode. You may also commute by bus to Calgary on a daily basis. However, there is no Greyhound Service in Chestermere

What Can You do to Relax in Chestermere

You may use Chestermere Lake for many water sports activities such as wakeboarding, water skiing, skateboarding, fishing, etc. Home of the Calgary Yacht Club, Chestermere also has day parks for launching your boats and enjoying yourself with family in the outdoors. The Chestermere Water Festival in summer and the Winter Festival attracts many tourists every year. If you like biking then you may bike along the southern end of Chestermere to reach the bicycle pathway at Calgary. There are also many bike trails, a skate park, and a BMX park along the canal in Chestermere Drive. For golf lovers, there is an 18 hole golf course in Lakeside Greens or you may even camp at Chestermere Camp for an outing. 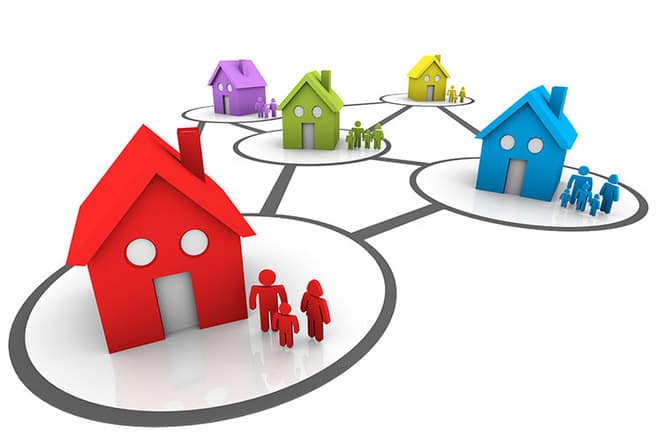 The Chestermere Detachment of RCMP takes care of public safety and has seventeen full-time officers and 4 staff to support the administration. They get funds for operations from the Federal government and the city of Chestermere. They closely work with other RCMP detachments such as the Strathmore RCMP detachment.

The above table shows a depiction of 2 main categories of crimes in the Municipality of Chestermere as per data published by Alberta government resource. We can see a comparison of total crimes and violent crimes that were reported over a 5-year span.  There was a decrease in reported crimes by 96 in 2011 when compared to 2010. During the same period, the violent crimes declined by 32 in 2011 in comparison to 2010. This trend continued the next year too for reported crimes that declined by 10 in 2012 over 2011. However, in 2012, violent crimes increased by 8 in 2012 over 2011.

Some of the popular neighborhoods of Chestermere include The Cove, Westmere, Lakepointe, The Beaches, West Creek, Kinniburgh, Rainbow Falls, Lake Ere Estates, and much more.

Average Cost Of Living In Chestermere

The average cost of living in Chestermere is around $2300 for a small family excluding rent and average rentals may cost $900 to $1200.

There are many educational, professional, business, constructional, home-based, and retail industries in Chestermere where you may find employment. Chestermere offers access to many employment opportunities to nearby Calgary downtown, eastern Calgary, and the Calgary Airport. There are major employers in various industries in Chestermere. The top five include Lakeside Greens Golf Course, City of Chestermere, Safeway, Catholic School Board, and Calgary Public School Board.

The average cost of a house in Chestermere is around $516000.

You may pay around $480000 for a detached house in Chestermere.

A semi-detached house in Chestermere may cost around $422000.

The average cost of a townhouse in Chestermere is around $376000.

Every year the market value of properties in Chestermere is assessed on 1st July.  This is calculated by estimating the sale price of a property that a buyer is willing to pay a seller. The city of Chestermere has given the contract of property assessments to Accurate Assessment Group Ltd. They go to Chestermere every year from spring to summer and assess the properties for the city taxation. The property tax for a residence with a value assessed at $300000 is around $1895.13.

The city of Calgary provides water supply to Chestermere and EPCOR operates the water system in Chestermere. The average hydro bill for a household in Chestermere is around $168 per month.

The cost of full-time daycare in Chestermere cost around $12 to $18 per hour for licensed childcare.

The average grocery bill for a small family in Chestermere is around $170 to $210 per month as per consumption.