Calgary is a cosmopolitan city in southern Alberta located in the foothills and the confluence of rivers Elbow and Bow, to the east of the Canadian Rockies. As per the 2016 census, the population of Calgary was estimated at 1239220 and undoubtedly the largest in Alberta. This city has come a long way since the time it was called the ‘Cowtown’ due to the famed Calgary Stampede. The skyline of Calgary is dotted with numerous skyscrapers. Every year many visitors come to Calgary to enjoy the annual festivals held with much gusto.

Who Has The Cheapest Home Insurance Quotes In Calgary

Cost Of Home Insurance In Calgary

Moving To Calgary? Things You Need To Know

Calgary is just a 3-hour drive from the U.S. border and has a diverse population. It is a beautiful city with lots of parks, mountains, rivers, open spaces, and pathways with more sunshine throughout the year than any city. There are many shopping places such as Eau Claire & Stephen Avenue market, The Core Shopping Center as well as venues for cultural activities, dining, and public squares. Tourists also throng the Calgary Tower, Glenbow Museum, Telus Spark, Zoo, Military Museum, etc. The Calgary International Airport is a hub for western and central parts of Canada for cargo as well as passenger services.

Calgary Transit offers public transit with light rail and bus services. Many major specialty healthcare centers are based in Calgary as well as educational institutions such as schools, colleges, and universities. If you are looking to rent then you may pay around $1500 for an apartment in the downtown core with 2 bedrooms. The rent may increase to around $2800 for a 3 bedroom apartment and are mostly unfurnished. If you rent a condo they may allow a pet for a deposit of around $250 for each pet and parking stalls may cost an average of $40 per month. The strata fees for condos may range from around $360 to $690 per month if you own a condo. As per the strata fee, the owner of the condo will also increase the monthly rent. 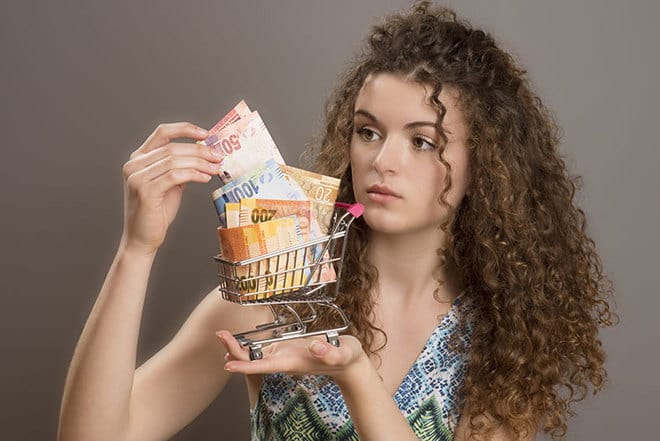 The Calgary Police Service takes care of the law and order in Calgary along with the support of many agencies and community workers.

The above table is derived from crime statistics reported by Calgary Police Service and compares data over a 5-year average. There is a decrease of 378 in break & enter crimes in residences in 2016 compared to 2015. But over a five-year average, this has increased by 11.8%. When we compare break & enter crimes in commercial units there is an increase by 76 in 2016 over 2015. There is a huge increase in this number when compared to the five-year average of 57.40%. Other property crimes increased by 1976 in 2016 than in 2015 but were a decrease of 4.40% over the 5-year average.

The choice of your neighborhood depends on many variables. Some of these factors include low crime rates, lots of dining and socialization options, shopping, ease of transport, walkability, schools, and other amenities to name a few. Some of the best neighborhoods as per a survey by Leger were around 12 in Calgary. These included Beltline, Brentwood, Dalhousie, Acadia, Hillhurst, Signal Hill, Arbour Lake, Riverbend, Bridgeland, Scenic Acres, Windsor Park, and Huntington Hills. Most of these have recreational, educational, grocery stores, parks, drug stores, restaurants, etc.

Average Cost Of Living In Calgary

The average cost of living in Calgary for a small-sized family of 4 may be around $3800 without considering rent. Those who belong to a low-income category may benefit from using the services of Calgary Housing Company. They collaborate with non-profit agencies, provincial and federal governments, and some private sector realty developers. Their goal is to facilitate affordable, safe, and reliable housing options to those who qualify for low-income criteria.

This city has rapidly diversified from its leadership and expansion in the oil industry to other industries too. These include financial, entertainment, transportation, technological, health, aerospace, tourism, and retail sectors. Calgary is home to the second-highest number of Canada’s largest corporate establishments.

The property taxes in Calgary are calculated by multiplying tax rates by the property assessment value. There are 2 types of tax rates; the municipal tax rate and provincial tax rate. The average property tax bill is around $1700 to $1931 in Calgary as per property assessment.  You may pay your property tax using various options that include paying through your bank or directly to the City. If you wish to pay to the City directly then you may not use a credit card to do so. In-person, you may pay by cash, cheque, debit card, or money order. Or, you could drop off the property tax payment in a designated drop box in the form of a money order or cheque.

You may also mail or courier your payment in the form of a money order or cheque. Whatever mode of payment you choose, you may pay your property taxes by the due date to avoid any penalties. The penalty for not paying your property taxes on time in Calgary is 7% in July and an additional penalty of 7% in October on unpaid taxes.

In Calgary, the Bow River supplies drinking water to the northern part of the city after water treatment at the Bearspaw plant. The drinking water supplied to the southern part of the city comes from the Elbow River that flows for treatment to the Reservoir at Glenmore plant. Both reservoirs are interconnected so that there is an adequate water supply throughout the city. The average hydro bill in Calgary for a small family is around $140 per month as per consumption.

Calgary has a continental humid climate and is in a transition zone due to its proximity to the Rockies and Prairies. In winter, temperatures may drop to −20 °C or lower while in summer the temperatures may rise to 30 °C or more. Calgary residents see sunny days almost all through the year when compared to others in the country. The climate in Calgary is also dry, cool, and windy as it is a prairie city.

You may use the calculator on the provincial website to estimate your childcare subsidy. In Calgary, you may pay an average of $1050 to $2150 for daycare costs for full-time childcare. Yes, it is indeed expensive and young families may even have to choose between paying for daycare and quitting their job.

The average bill for groceries in Calgary is around $650 to $900 per person as per consumption, family size, demographics, and diet.