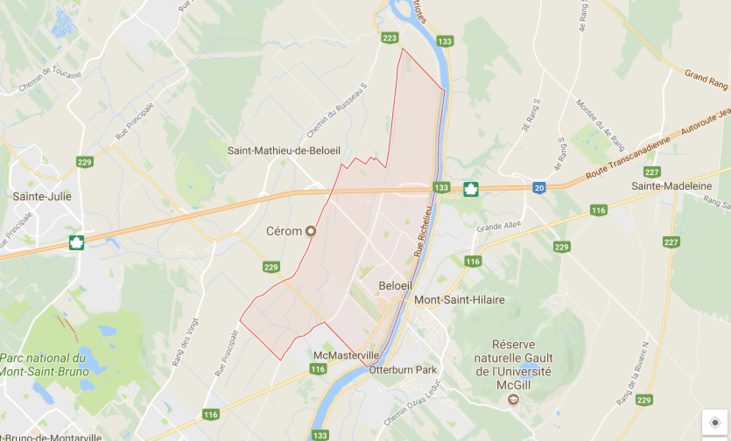 The City of Beloeil

Beloeil is a city in the southwest part of Quebec by the Richelieu River on the east side of Montreal. This city falls under the region of Montérégie and is part of the municipality of the Regional County Municipality of La Vallée-du-Richelieu.  As per the 2016 census, the population of Beloeil was 22178. There are many areas in Beloeil that attract many visitors. These include the Richelieu Valley Boating, Vieux-Beloeil Gastronomy Area, Richelieu Road. Richelieu River Cruises, Oka-Mont-St-Hilaire Bike Trail, and Heritage Trail. The surrounding areas near Beloeil are mostly agricultural in nature.

Who Has The Cheapest Home Insurance Quotes In Beloeil

Cost Of Home Insurance In Beloeil

Moving To Beloeil? Things You Need To Know

If you are visiting or planning to settle down in Beloeil, then you may experience a bit of history. The heritage of this city is over 300 years old. The city of Beloeil does have the most amenities you may find in large cities. There is a shopping center for your shopping needs. Many schools in the primary level and secondary levels offer educational facilities in Beloeil. Annually the city of Beloeil has many events that attract many visitors. If you are an outdoor person then you may enjoy many recreational options in Beloeil. You may visit the theaters, parks, water sports in the marina and golf course, etc. In Beloeil, there are over 75 associations and organizations that work for no profit and engage in community services.

There are many road connections that connect to Quebec through Saint-Hyacinthe such as Route 116. This route is the primary street in Beloeil used for commercial purposes. Though Beloeil does not have a train station, McMasterville and Mont-St-Hilaire nearby have 2 train stations. These provide services to the suburbs and CIT, the Intermunicipal Transport Council provides bus service. The CIT also connects Beloeil to Longueuil, downtown Montreal and other surrounding villages and towns.

In Beloeil, the major industries that provide employment include business, education, healthcare, retail trade. Manufacturing, agriculture, finance, real estate, and construction sectors. There are various financial and commercial institutions as well as businesses in Beloeil that employ lots of staff. Most of the business establishments are on Sir Wilfrid Laurier Boulevard. The city has set aside an industrial zone spanning over 0.9 km along Highway 20. This route has easy access to west and east markets. Other highways 10 and 30 connect to the U.S. through highways 87 and 89.

The price of a semi-detached house in Beloeil is around $302100.

Beloeil has a temperate cold climate with lots of rainfall throughout the year. This is true even during July, the driest and warmest month of the year. Average temperatures in Beloeil range around 6.1 °C annually and the average rainfall is around 978 mm. The month of February has the lowest levels of precipitation at around 59 mm. And August has the maximum levels at 101 mm. July is the hottest month with temperatures rising to 20.7 °C. January is the coldest month with temperatures dipping to -10.1 °C.

Quebec as a province has the lowest daycare fees. The average fees of a licensed childcare facility could be around $9 to $14 per hour in Beloeil.