Airdrie is a fast-growing city in the northern part of Alberta and is surrounded by the County of Rocky View. This city is conveniently located at the junction of Highway 567 and (Queen Elizabeth 2 Highway). As per the 2016 census statistics, the population of Airdrie was 61581. If you are visiting Airdrie whether on business or for pleasure there are many attractions to keep you busy. These include the Nose Creek Park, Iron Horse Park, Bert Church Live Theatre, Festival of Lights, Pro Rodeo, Family Fall Fair, and much more. Airdrie is the base of many sports franchises too. These include Knights of Airdrie, Airdrie Irish, etc., and have about 8 adult teams for soccer competitions within the Calgary Association.

Who Has The Cheapest Home Insurance Quotes In Airdrie

Cost Of Home Insurance In Airdrie

The above table depicts a contrast of home insurance prices by major insurance providers in Airdrie. Aviva had the highest quote for home insurance in Airdrie. They quoted an annual average cost of $2911 and this was $1692 higher than the lowest quote. This was an almost 58% difference in prices, vast enough to change your insurance company.

The lowest quote for home insurance was by Squareone Insurance. They quoted an average annual price of $1219. This was followed by the quote by Wawanesa Insurance at a difference of $687.

Moving To Airdrie? Things You Need To Know

In case you are moving to Airdrie then you have a variety of housing options to choose from established and upcoming neighborhoods. Airdrie has a small-town feel but does offer many amenities that you find in big cities. It is located in between Edmonton and Calgary and is also near Cochrane and Irricana. There is Airdrie airport for domestic travel and Calgary International airport nearby to connect you to other parts of the world. Public transportation is provided by Airdrie Transit and there is also an intercity bus service between Calgary and Airdrie.

Since Airdrie falls under Rocky View County they provide public education that includes 4 high schools too. There are major stores such as Superstore, Canadian Tire, Safeway, Sobeys, etc. in Airdrie. Due to proximity to Balzac hamlet, you may also shop at CrossIron Mills mall.

The City of Airdrie has contracted the RCMP for providing law and order services. They also provide staff to support RCMP in their policing efforts. Airdrie RCMP detachment made a policing plan in 2013 to improve the safety of residents.

The above table shows a comparison of some categories of crimes in Airdrie over a span of 2 years, from 2014 to 2015.  As we can see there is a 47% increase in crimes in rural areas in 2015 when compared to the previous year. The overall violations charged under the criminal code also saw an increase of 21% in 2015 in comparison to 2014. Though there has been a 3% decrease in violent crimes, the overall crime data does not show much improvement in the crime severity index.

Some of the popular neighborhoods in Airdrie are close to the downtown area due to proximity to shopping, schools, and other amenities. These include neighborhoods such as Airdrie Meadows, Bayside, Canals, Edgewater, Fairways, Jensen, Luxstone, Sagewood, Ridgegate, Stonegate, Sunridge, Waterstone, and Woodside. You may find a mix of condos, townhouses, single-family homes as well as detached and semi-detached housing options in Airdrie. There is a choice for every range of budget and necessity.

Average Cost Of Living In Airdrie

When you compare to other cities in Alberta province, Airdrie has a reasonably low cost of living. If you are seriously considering cutting down on your cost of living and building some savings, then it may pay off to live in Airdrie. Calgary is just a 10-minute drive away from Airdrie and if you drive smart, start early, and beat traffic then you may save your time and money. The average cost of living for a small family in Airdrie could be around $2700 per month including rent. 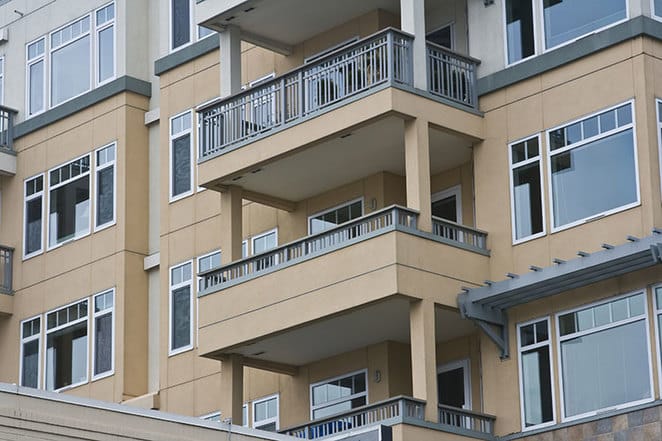 There are many national, international, and local firms in Airdrie that cater to various types of industries. Some of the major employers include big retail stores and industrial establishments. These include Rocky View Schools, Propak Systems Ltd, City of Airdrie, Walmart, Superstore, Fortis Alberta, Safeway, ADESA Calgary, Costco, Sobeys, Home Depot, etc. Airdrie offers employment not just to its residents but also to those who seek to be part of the workforce from surrounding areas.

The cost of a semi-detached house in Airdrie could be around $225000.

Airdrie does indeed have one of the lowest brackets for property taxes in the province of Alberta. This favors startups, businesses as well as families. The city calculates the property tax based on market value estimates. They determine this market value by assessing commercial, residential, and industrial properties in various neighborhoods to calculate the taxes. Some of the factors that play a role in this calculation include the property age, size, construction type & quality, location, etc. You may estimate your property taxes by using the calculator on the city’s website. For example, a residential property assessed at a value of $270000 may have a property tax of around $1774.24.

Airdrie purchases water from the nearby city of Calgary from where it is pumped into the reservoirs and supplied through an underground distribution system. On average, a small family of four may use around 15 cubic meters of water in a month. The average hydro bill in Airdrie for a small family can be around $170 to $200 per month as per consumption.

The weather in Airdrie could be quite windy, mostly northwesterly. However, you may see a lot of sunshine on average all-around the year. Temperatures could soar in July to a maximum of 22.9 Celsius and drop in the month of January to a low of -15.1 Celsius.

In Airdrie, the average cost of daycare may range from $650 to $1000 as per the age of the child and the quantity of childcare you need. In case you need full-time daycare, more than 100 hours per month, for your child then you may check if you qualify for a subsidy. You may also estimate your subsidy amount using the calculator.

The average grocery bill for a small family in Airdrie is around $200 to $350 as per the family composition and diet. For example, a family of 4 adults may cost more than the cost of 2 adults and a toddler.