While the car you drive is only part of the insurance cost equation, choosing a brand such as Volvo, with a long-standing reputation for safety, certainly helps keep your rates low. You can maximize your savings with the right insurance company. Since every insurer has their own method to calculate premiums, finding the right match requires searching through dozens of companies selling auto insurance in Ontario. Ratelab takes the time-consuming part of such a comparison and leaves you with up to 10 low-cost quotes representing the best fit and the best price. Start today using the space at the top of the page. You could save hundreds.

How Much Does Car Insurance Cost For Volvo

The table below shows the Volvo car insurance cost for a sample driver.

Volvo promoted vehicle safety long before it was a priority with consumers or government regulators. Though the vehicles themselves offered owners quality built, luxury vehicles, the design was somewhat boxy and conservative. While car styles updated over the years, consumer perception of Volvos as safe vehicles remains.

That perception is well-founded. According to the Insurance Bureau of Canada data, collected from insurers across the country, most Volvo models fall into the average to the above-average range for accident benefits claims. This means that these models result in personal injury claims on par or less often on average than all cars in the country after an accident. This means that these models are at least insurance neutral, and many cost less than average for the basic Ontario mandatory policy. Volvo models with exceptional accident benefits include the V50 wagon, V70 wagon, XC60, and XC70 wagon.

Also saving money for Volvo models is an above-average performance for collision and comprehensive coverage. Each of these insurance categories is optional. Coverage isn’t mandatory for the use of Ontario roads, though most drivers carry some amount of these insurance types. In fact, drivers who borrow money to buy a car may be required to carry this coverage by the bank or lending agency that financed the vehicle.

Good performance defines as models that cost less than average to repair after an incident that collision or comprehensive insurance covers. Volvo models that excel in collision claims performance include some years of the V70 wagon, XC90, S40, and S60.  These models, plus the XC60, comprise the above-average comprehensive claims performers as well.

Not all Volvo models have a spotless record for lowering insurance rates. The S40 model, from years between 2002 and 2004, show greater than average personal injury performance. While more recent versions of the S40 fall into the average range, models from those three years likely face higher basic insurance costs.

The S40 from 2006 to 2008 has higher than average costs for collision claims, making this coverage more costly. Other models similarly affected include the Volvo S60, C30, XC70, and XC90. Not all model years show above-average costs, but in some cases, drivers will pay more for insurance.

These same four models, though mostly from different model years, also experience higher costs of repair after incidents covered by comprehensive insurance. This leads to higher costs to buy that coverage.

Many motorists consider Volvo a luxury car maker. Though there are models that do cost more to repair after incidents, these don’t demonstrate the extremely high costs that many other luxury makers see in the same category. Repair costs frequently exceed 200 and even 300 percent of national average costs. Volvo is far more economical, even when their models exceed averages. Many are just above the 120 percent point that marks the top end of the average range, and the most expensive vehicle tops at 180 percent of the national comprehensive claims average. Even then, it’s just a single model year, the 2007 S60.

Takata airbags have an issue with inflators dating back to the early years of the century. As a major supplier to the worldwide auto industry, over 100,000 million vehicles from most auto manufacturers fall under a recall to replace suspect units. Consumer Reports maintains an active web page detailing the issue and updating as needed.

Volvo, perhaps living up to its reputation for safety and quality, has fewer recalls than average for a carmaker of its size.

When you’ve found the best estimates for car insurance, it doesn’t mean you’ve reached the lowest price. Since every car insurance company sets its own underwriting rules, there’s more room for savings. While insurers require approval from the Financial Services Commission of Ontario before offering policies to the public, there is wide latitude in how these policies develop. Since every insurer wants to find an upper hand in the competition, the smart insurance shopper looks for advantages. Here are a few that may work for you.

Insurers often bundle popular products together in a package price that costs less than the individual features. There are no standard bundles. Insurers may or may not have packages on offer.

Some drivers have unique needs. For example, a motorist required to use a personal vehicle for business purposes requires additional coverage. Special options called endorsements to take care of these extra insurance needs. Not all companies offer the same endorsements. For example, personal ride-sharing companies, such as Uber, are in the news. Drivers wanting their own part-time job can sign up, but additional insurance, offered by only a few companies in the province, must get added or that driver’s personal policy may have claims denied.

Once again, every insurer has its own assortment of discounts. One thing most insurers have in common, though, is that they wait for the consumer to request the discount, rather than proactively adding it once a driver qualifies. The smart insurance shopper discusses these points with their agent or broker at least annually. 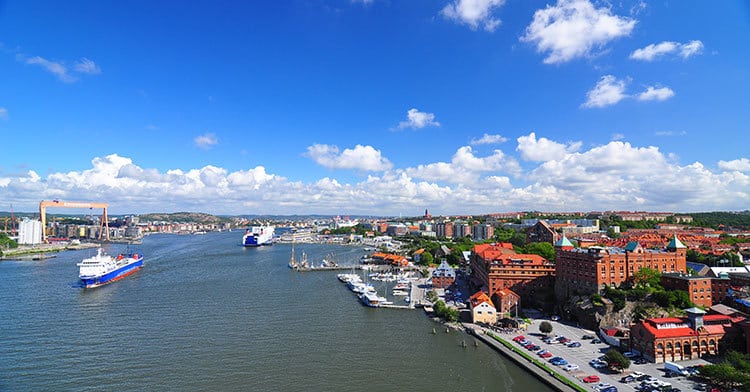 Volvo is a Swedish multinational group of companies headquartered in Gothenburg. It is concerned with the production and sales of buses, trucks, and construction equipment. Volvo cars separated from the original company in 1999 when it was sold off, but still has its base in Gothenburg. Although the company was established in 1915, Volvo cars were officially established in April 1927, when the first Volvo model–the Volvo ÖV 4 series–was released in Hisingen, Gothenburg.

Volvo model sales have decreased in Canada over the years, probably due to a change in management. However, the Volvo S60 is ranked 75th on the list of best-selling cars in Canada.

With a whole range of new safety features, Volvo caters to the safety of its passengers. The NHTSA gave the S60 model an overall safety rating of five stars.

Volvo parts are readily available in stores all over Canada, so it is fairly inexpensive to replace or repair parts.

Volvo models are known to be very rugged with a solid body structure. They can cope with any type of road condition as indicated by a four-star reliability rating from the NHTSA.

The popular S60 model comes with an anti-theft system that serves to protect the car from thieves. The alarm system goes off when someone tries to forcefully gain entry into the car.