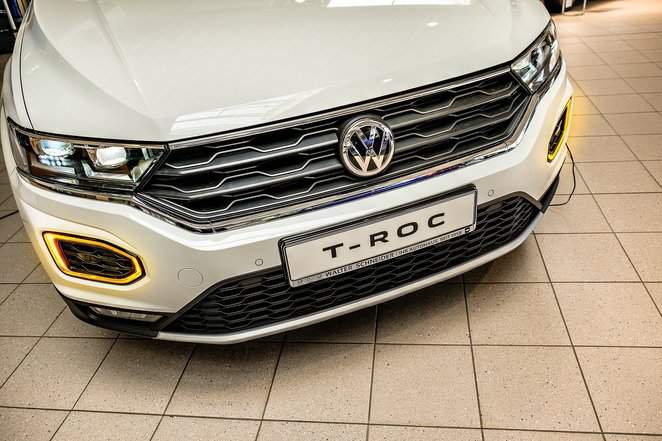 Known for reliability and safety, Volkswagen vehicles usually come with reasonable insurance costs. While only part of a car insurance policy based on the vehicle makes itself, VW has many model designs that insurers associate with low risk. Still, since every insurance company sets its own rates, there can be hundreds of dollars’ difference between essentially the same policy for the same driver. Pinpointing the best price is easy, using Ratelab’s car insurance calculator to search through over 40 insurance companies. Enter your postal code in the space provided to start the process. In less than 20 minutes you’ll receive up to 10 of the lowest cost estimates matched to your needs.

How Much Does Car Insurance Cost For Volkswagen

The table below shows the Volkswagen car insurance cost for a sample driver.

Methodology: We surveyed Volkswagen car insurance prices in select Canadian cities for the purpose of illustrating the average quotes for a male driver aged 35 years in the city downtown with an owned Volkswagen CC 2.0T 4DR 2015 model car.

The number of accident benefit claims attached to a particular car model indicates how well that car protects drivers and passengers. For example, the Volkswagen Golf wagon, from 2010 to 2013, has fewer accident benefit claims than average for all vehicles across the country. This suggests that occupants of these Golf wagons involved in accidents aren’t injured as frequently as most vehicles. The Jetta wagon shows similar characteristics, as do the Beetle convertible and the Touareg. Only the 2009 Passat CC shows claims rates higher than average. Most models place in the average range. Model years performing better than average will insure a lower than average cost.

Similarly, certain models cost less to repair after insurable incidents, whether covered under collision or comprehensive policy endorsements. The Golf four-door hatchback from 2002 to 2005 shows better than average performance in both categories, as does the Jetta sedan from the same model years. The Jetta wagon rates from 2003 to 2006 and the Passat wagon has a three-year run from 200 to 2005. Some other VW models rate higher in just one of the two categories. There’s a diverse mix of models that perform better than average.

It’s not all good news for VW in the insurability game. There are models and years where claims cost more than average. For these models, insurance prices for collision and comprehensive coverage are more expensive. For example, Golf four-door hatchbacks of more recent vintage don’t come in ahead of the crowd. The 2009 model year until 2013 cost more than average for collision coverage, though these same years were average or better than average for comprehensive coverage.

Similar to good claims performance, the more expensive claims are scattered through model years elsewhere on the list. If you have your eye on a VW, you can check its performance against IBC data on the Bureau’s website.

Takata airbags dominate auto industry recall news, as more than 100 million vehicles worldwide are under recall for a potentially dangerous airbag inflator issue. Most manufacturers use Takata products and Volkswagen is no exception. To read more about the Takata airbag issue, as well as to check specific VIN numbers from North American vehicles, go to the blog maintained by Consumer Reports.

Finding the right insurance company provides the biggest opportunity to locate low-cost car insurance premiums. Once you find that great rate, however, there’s no guarantee that will be the case next year at renewal time. Ontario’s insurance market, geared toward private company competition, is often in flux as each provider hunts for the winning formula that gives them the edge.

Maintain your lowest rate by asking questions regularly. Ask your insurer if there are new programs, packages, or options that can either save you money or improve your coverage. Every insurance company has a range of discounts for which you may qualify. These are not constant across the industry. For example, telematics-based insurance is available in Ontario, but only through a few providers at the time of publication. On the other hand, discounts for using winter tires gained widespread acceptance.

So even when you’ve earned a coveted loyalty discount with your current provider, it’s not a guarantee you’re paying the lowest rate. Regularly review coverage and options, and don’t hesitate to re-visit Ratelab’s car insurance calculator to double-check your options.

Volkswagen is a popular brand that offers many cheap, introductory models. Volkswagen is a German car manufacturer with its headquarters in Wolfsburg, Lower Saxony, Germany. Established in 1937, Volkswagen is now the biggest automaker in Germany and across all of Europe. Volkswagen has three cars in the top 10 list of best-selling cars of all time: the Volkswagen Golf, the Volkswagen Beetle, and the Volkswagen Passat. VW has achieved its success by making aesthetically pleasing, affordable, and reliable cars. The VW group is now the owner of some of the best-known car brands in the world.

The VW Jetta is one of the best-selling cars in Canada. The Jetta was originally conceived as a Golf hatchback with a conventional trunk. It was later given some distinctive styling in the front and interior, evolving into the Jetta design known today. Now, it is offered as a four-door sedan, a coupe, and a five-door station wagon.

Since the 1980s, VW has enjoyed popularity amongst car owners in Canada. Its entry and mid-level models compete to be some of the best-selling cars in the country. In a list of the 2014 best-selling cars in Canada, the VW Jetta ranked sixth. More importantly, if you are considering purchasing a VW Jetta, it ranked second in the list of cheapest cars to insure in Ontario.

VW cars have extensive safety equipment. The equipment that they come with is now standard in most cars. Most models come with driver and passenger airbags, rear airbags, side airbags, ABS and brake assistance, stability and traction control, and daytime running lights.

The German manufacturer scores top safety marks for most of their models. Volkswagens enjoy a Top Safety Pick from the IIHS and a 5-star overall score from the NHTSA.

Repair and Maintenance Costs of Volkswagen

Parts and repair costs for VW cars are average. Owning a Volkswagen won’t cost more than other mid-range cars. However, they do cost a little more to maintain than most Japanese cars.

VW cars live up to the expectation of German engineering. They are reliable cars compared to their competitors from Europe and America.

In general, Volkswagens are not targeted by thieves. However, they are not amongst the least stolen cars either. You run an average risk of theft with most models from VW.