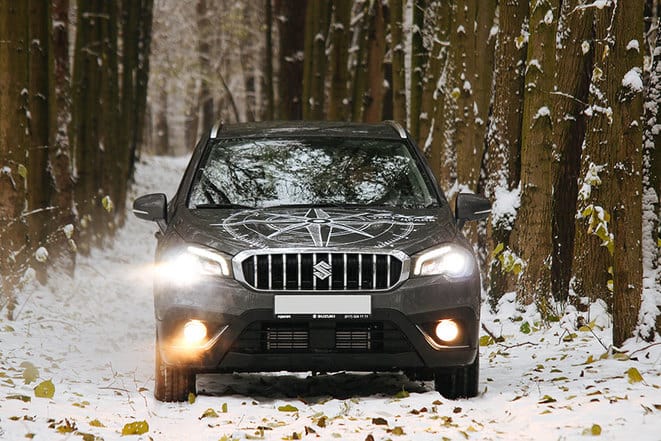 Since Suzuki sold new vehicles up to the 2014 model year, today the brand lives on only in the used car market. That does clear the auto insurance picture for the company, since insurers have statistical information for models and years, and there’s no need to project previous model performance forward. Obtaining affordable coverage for Suzuki vehicles should be easy, given the family-friendly and conservative lineup of vehicles. Locating the best price is easy, using Ratelab’s car insurance calculator. The process starts with your home postal code entered in the space provided. With information about your Suzuki and driving history, Ratelab shops over 40 insurance providers on your behalf. Your auto insurance needs a match to the best providers, then up to 10 of the lowest cost estimates deliver directly to you. You can then investigate your options and choose the insurer who best matches your needs. The process is fast, easy, and free.

How Much Does Car Insurance Cost For Suzuki

The average cost of car insurance for Suzuki is $1,024 in Canada.

Auto insurance in Ontario has two general sections. The first section is the mandatory minimum coverage that must be in place for all vehicles on the province’s roads. This section comprises four parts and as long as a car has the required amounts of coverage, it’s legal to drive. A motorist can purchase additional coverage for two of those four parts. Liability coverage pays out when a driver gets sued for an accident they caused. It’s typical in Ontario to have $1 million or more in liability insurance, although the required amount is only $200,000.

Recent changes to auto insurance legislation opened the way for extended accident benefits coverage. As part of its auto insurance reforms, the government changed the ways and amounts which auto insurers payout for medical and rehabilitation costs. While the intent aimed for a system that saved insurers’ money while not affecting accident victims in a major way, there are circumstances where an injured party would receive substantially less coverage. Topping up accident benefits coverage is now possible.

Of course, those both add to the costs of the first basic section. The second general section comprises all the optional coverages a motorist can add. It’s surprising to some that the Ontario government doesn’t require collision or comprehensive coverage, but there’s no legal need for these. Of course, that driver must pay all repair costs connected with any accident or other incidents. Usually, to control costs, drivers adjust the amount of deductible on collision and comprehensive. Raising deductibles reduces the premiums attached to the policy.

Choosing the right Suzuki vehicle may also give a motorist a price break. Four-door sedans, wagon, and SUV models are generally insured at lower rates than other designs.

The Suzuki Swift costs more to insure than other, similar vehicles, due to its poor performance with accident claims. The Insurance Bureau of Canada collects information on accident claims from across the country. From this data, patterns emerge, against which each model compares in a number of insurance categories.

In the case of accident benefits, Swift has a frequent occurrence of these claims compared with the average. This suggests that the driver and passengers in a Swift may not be as safely protected as with other cars. The remaining Suzuki models fall into national averages for this category.

The Grand Vitara doesn’t have the same issue working against it for basic insurance costs, under which accident benefits fall. It does, however, have poor statistics that drive up the cost of collision coverage. The IBC rates the average costs of collision claims of a vehicle model and year against the average of all vehicles. When it comes to the Grand Vitara, model years regularly exceed the average. The 2009 Grand Vitara, for example, cost 122 percent of the national average, just above the high point of the average range. The Grand Vitara XL7 from 2006 came in at 170 percent of average. Since these models cost insurers more to repair, premiums are higher from the start for consumers.

Recalls and Other Issues with Suzuki Vehicles

The National Highway Traffic Safety Administration informed Suzuki in 2015 that some of its vehicles may use Takata airbag inflators involved in a massive auto industry recall. For all updates and further information regarding the Takata recall, Car and Driver hosts a frequently updated webpage.

Once you’ve pinpointed the insurer with which you’d like to work using the Ratelab calculator, fine-tuning coverage on your Suzuki can still save you money. Here are areas to address with your agent or broker: