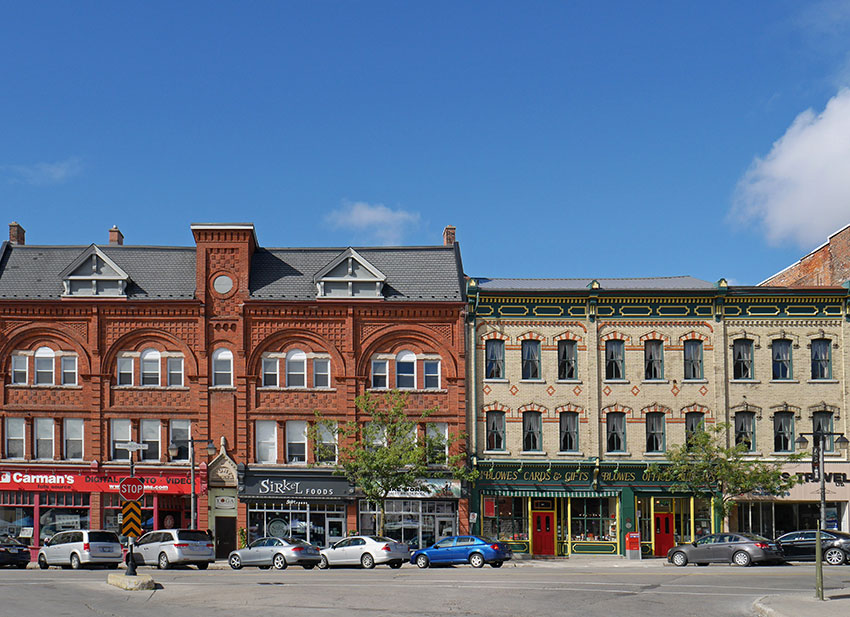 Prior to the creation of the Shakespearean Festival which gave the town its tourism focus, Stratford found its fortunes as a rail crossroads and furniture manufacturing center. In Upper Canada terms, settlement started late, though the 1828 date of first settlement isn’t that unusual for Southwestern Ontario. Named after Stratford-on-Avon in England, Canada’s Stratford even renamed its local river section from the Thames to the Avon.

Today a city of 30,000, tourism and manufacturing remain the backbones of the city. Without a nearby 400-series highway, explosive growth has never happened. Still, Highways 7 and 8, Erie, and Ontario Streets within city limits, form the main intersection in town. Intercity travel is strongly oriented toward vehicle traffic, due to limited train and bus service. Local drivers fare better than average when it comes to car insurance.

How Much Does Car Insurance Cost in Stratford

The average cost of car insurance in Stratford is $1,183.

We surveyed the car insurance prices in the city of Stratford for the purpose of illustrating the range in quotes based on driving record, location, and other criteria. To get a customized quote, enter your postal code above.

With auto insurance rates already low, particularly compared to the Golden Horseshoe region, Stratford drivers may be forgiven for conservative insurance shopping habits. They may be missing out on substantial savings, however. The key is understanding how auto insurance works in Ontario and taking advantage of its peculiarities.

First of all, though the auto insurance industry has a high degree of regulation, it remains a competitive market. Companies establish their own underwriting procedures and set rates for car insurance components — subject to approval by the Financial Services Commission of Ontario, the industry watchdog.

The provincial government requires a mandatory level of insurance coverage for all vehicles on the road in Ontario. That provides a baseline for all auto insurance policies, but even for statutory coverage, prices differ between providers. The key to the lowest prices is comparison shopping.

Statutory auto insurance involves four categories of coverage. Accident benefits and third-party liability comprise the most important features since these protect the driver and occupants from medical costs and the owner from lawsuits arising from at-fault accidents. Additional coverage for each of these categories can top-up coverage. Particularly in the case of liability insurance, serious accidents may result in settlements beyond Ontario’s minimum insurance requirement.

Collision and comprehensive insurance aren’t required by the province. However, if you financed your vehicle purchase, your lending agency may insist that these optional insurance types get added to your policy. Most drivers opt for some level of collision and comprehensive coverage. This shares the cost burden between driver and insurance company when replacing or repairing a vehicle involved in an incident.

A motorist may still adjust the cost of the policy through deductible rates. Increasing deductibles transfers more of the repair and replacement costs to the driver. Subsequently, annual premiums drop. Lowering deductibles puts more load on the insurer, in the event of an accident, and therefore premium costs climb.

Drivers can fine-tune coverage to match their needs through a variety of optional policy endorsements. Available options vary by insurer.

Stratford drivers searching for the best car insurance rates use Ratelab’s car insurance calculator. With just a few minutes of data entry, Ratelab searches dozens of industry partners, finding the best policy match at the lowest price. Receive up to ten low-cost quotes by entering your home postal code below. It’s free and there’s no obligation.