A very fast-growing community, St. Catharines is a city in the southern part of Ontario province. It is the largest city in the Niagara region and is also high in population. This city lies about 19km along the Niagara River in the international US border and is also near the city of Toronto. As per the 2011 census, the population of St Catharines was estimated at 131400. This high rate of population has also contributed to considerable traffic congestion in the city. And this does reflect in the car insurance rates across the city due to higher collision rates as well as motor thefts. St. Catharines is a commerce and trade hub as it is located in the GTA Greater Toronto Area and near the city of Fort Erie.

Manufacturing is a major industry in the city and the biggest employers include TRW automobiles and General Motors of Canada. Some of the other employers in the city are Niagara Health System, SITEL, Brock University, the City, and Algoma Central Corporation. If you were to look at occupational demographics then sales and service lead at 30%. The next in line is trades, equipment, and transport at 15%. The finance, administrative and business occupations follow next at 14%. The least occupational ratio was in the field of natural resources, production and other agricultural sectors at just 2%.

How Much Does Car Insurance Cost in St Catharines

The average cost of car insurance in St Catharines is $1,810.

Who Has the Cheapest Car Insurance Quotes in St Catharines

As per the comparison, the lowest quote for car insurance was by The Cooperators at an annual price of $1549. The quote by Belairdirect was higher than The Cooperators by $31.

Getting around St Catharines

The main access points of transportation to St Catharine’s are 2 freeways, Highway 406 and Queen Elizabeth Way. Before these freeways were ready, St Paul Street was Highway 8 and Hartzel Road was Highway 58. These provide access to the north-south as well as east-west directions in the city.  You may not require a drive to get around from one end of the city to the other end due to frequently running buses. The bus routes cover most parts of the city up to the farthest corners. St Catharines transit connects the city with the city of Thorold and Niagara Falls. Apart from this, there is the Niagara Regional Transportation that connects St Catherines with Fort Erie, Welland, Port Colborne, and Niagara Falls.

Apart from the above highways, 3 bridges run through the Niagara Region to connect St Catharines with the U.S. border. These include Rainbow Bridge, Peace Bridge, and Queenston-Lewiston Bridge. 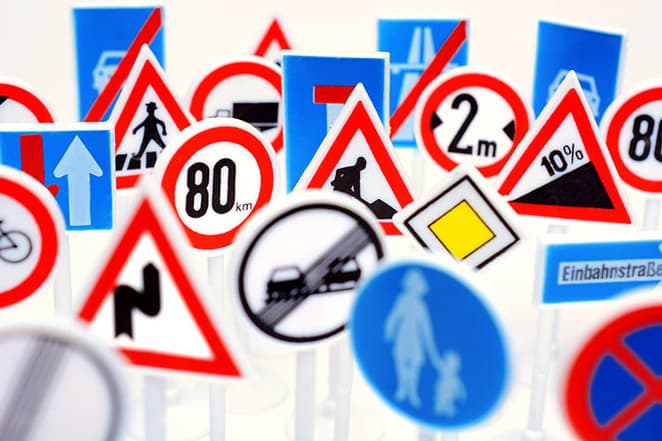 The repair, replacement, and maintenance of streets traffic signs that the city owns are done by the city of St Catharines. Traffic signal maintenance and repairs are the responsibility of the Niagara region.

The Operations Division of the city Transportation and Environmental services takes care of the street system in the city. They monitor, repair, maintain and replace whenever there is a need to improvise the streets for public safety.

The city takes responsibility for the cleaning of streets in St Catharines in summer. This street cleaning is done between July and September. There is a by-law in St Catharines that prohibits placing any leaves, debris yard waste, etc. on a roadway used by the public. So any kind of such waste from private properties and Boulevard should be bagged and sent to the waste collection program. This will prevent any kind of debris and leaves from blocking ditches and causing any flooding problems. Clean streets encourage better public safety.

Potholes on roads are a major cause of motor vehicle accidents in any city. Hence the city does top up the asphalt roads to prevent mishaps. They also re-grade and clean ditches.

The city installs new concrete sidewalks, culverts, and curbs for the safety of motorists, pedestrians, and cyclists.

St Catharines city council has decided to upgrade the street lights from HPS high-pressure sodium bulbs to LED lights. This will make streets brighter and also create energy savings for the city. Better distribution of light without any pointing towards the sky will help create a better vision for motor safety.

The condition of roads is a major reason that contributes to motor vehicle collisions. These road verifications and assessments are regularly conducted by the ORBA Ontario Road Builder Association. They looked at some of the worst roads in St Catharines that were in poor condition. This also includes potholes, traffic congestion, poor traffic signage, and safety measures for motorists, cyclists, and pedestrians.

Some of the adverse road conditions were potholes on asphalt roads and cracking of road surfaces. These cracks were longitudinal as well as severely transverse. Only a replacement of the base and full reconstruction could remedy the situation and avoid motor vehicle incidents. The following roads in St Catharines were identified by ORBA as the worst roads.

List of Car Insurance Companies and Brokers in St Catharines