How Much Does Car Insurance Cost For Porsche

The table below shows the Porsche car insurance cost for a sample driver.

Methodology: We surveyed Porsche car insurance prices in select Canadian cities for the purpose of illustrating the average quotes for a male driver aged 35 years in the city downtown with an owned Porsche CAYENNE 4DR AWD DIESEL 2015 model car.

Given that the Porsche reputation builds on high performance, there aren’t many vehicle factors that drive car insurance premiums down in price. A further issue is that there simply aren’t that many Porsches on the road in Canada. The Insurance Bureau of Canada collects claims information from insurers across the country to serve as a statistical basis for underwriting insurance policies. If a model has fewer than 1,500 vehicles registered for insurance nationwide, then the IBC doesn’t include that model in its information summaries. Without data, insurance companies usually suspect a vehicle is higher risk, therefore higher-priced, until information becomes available.

While Porsche has an ongoing high profile, it’s near-certain that insurance companies have well-established opinions on the brand and its vehicles. The information about Porsches that IBC does provide shows a positive trend in one insurance category, and that’s in the accident benefits portion.

Ontario requires certain car insurance coverage in place on all vehicles using its roads. Accident benefits are one of four areas mandatory insurance addresses, and it’s the area where Porsches excel. IBC reports accident benefits on an average occurrences basis. That is, if a car model has fewer accident benefits claims than the national average, it performs well. More claims than average and performance is poor, with corresponding higher insurance premiums. The implied performance indicator is the protection of vehicle occupants. Cars offering good protection should, by deduction, have fewer accident claims. There’s also a case that the drivers of vehicles that score well could be better defensive drivers, thus avoiding more accident-causing injuries. Still, that would result too in better occupant safety.

Luxury vehicles cost more due to the precision manufacture and premium components usually used in the cars’ construction. This results in higher costs to repair in many cases. The general trend for Porsche agrees with this assumption. Only two Porsche models list in IBC collision claims data; the 2002 Boxster Convertible and multiple model years of the Cayenne four-door.

The Boxster shows good performance. It shows collision claims costing 68 percent of the national average. Though it’s a single model year, that data may influence insurers to lower prices for collision coverage on Boxsters in general. The Cayenne, however, is another matter. Every model year listed cost more than average to repair after a collision. Costs ranged from 127 percent of average for the 2006 model year to 320 percent for 2008. With all data showing above average trends, the Porsche Cayenne SUV will see increased collision coverage pricing.

Comprehensive claims show a similar pattern. Four model years of the Boxster Convertible appear. Models from 2002 and 2006 come in better than average, and models from 2003 and 2005 fall in the average range, slightly below the 100 percent median point. Just as with collision, all model years of Cayenne reporting cost more than average to settle comprehensive claims. Based on IBC data, comprehensive coverage for this SUV sets owners back at insurance time.

Porsche is among the manufacturers using Takata airbags included in the auto industry’s most extensive recall.

High end, high-performance vehicles such as those in the Porsche lineup may prove quite expensive to insure, particularly when a driver has a less than the spotless driving record. Speeding tickets and high-performance vehicles draw huge red flags for many insurers. Under the regulations covering auto insurance in Ontario, an insurance company can deny a driver coverage, if the company’s approval regulations permit.

Conventional insurance companies may avoid such policies, but there are companies that cater to motorists in these circumstances. The industry phrase is “high risk” insurance. That designation may come up for different reasons. These stretch from vehicle modifications as well as high-performance characteristics to drivers convicted of impaired or dangerous driving. Even failing to pay insurance premiums could add a driver to this category. High-risk providers specialize in insurance coverage for those who fall under the designation. Being familiar with this niche of the market, these insurers have plans and options suited to drivers not served by the mainstream.

Insurance companies can refuse high-risk drivers, even the specialty providers, but the insurance industry cannot deny coverage if a driver is legally entitled to drive in Canada. The Facility Association is an organization to which all auto insurance providers belong. Its mandate calls for a role as mediator between high-risk drivers and the insurance industry, arranging coverage for those who cannot receive a policy through the regular market. Policies arranged this way are invariably expensive. Using a high-risk specialty insurer likely produces lower rates for a Porsche owner not served by the regular auto insurance market.

The Porsche Macan and Cayenne ranked seventh and tenth, respectively, out of the fifteen best-selling Luxury vehicles in Canada. The Porsche models are fairly popular with Canadians.

The model comes with the integrated Porsche Active Safe (PAS) that is designed to detect the speed at which you are approaching the vehicle in front of you in order to take necessary precautions. The model also comes with pre-tensioners that tighten the seat belt during a collision to ensure that the occupants remain in an optimal position. 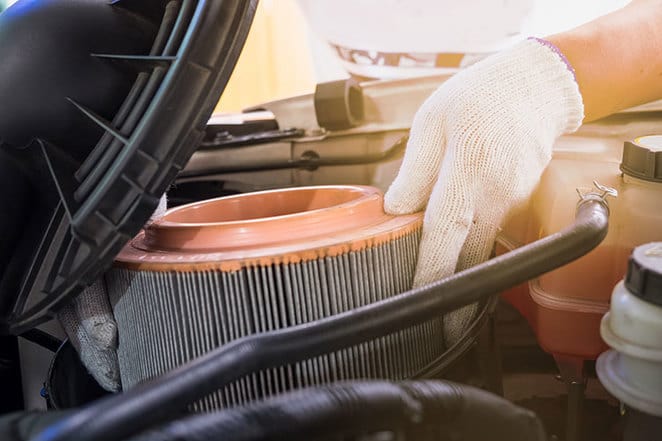 The cost of repairing Porsche models is high compared to other car models. The parts are expensive and may not be readily available.

The Porsche Macan is relatively reliable. The NHTSA indicated has a reliability rating of four stars.

The Porsche Macan model is equipped with an engine immobilizer that works in response to electronic data exchange between the key and the vehicle electronics. Once the identification is correct the engine electronics will prompt the engine to start. The car is also protected by an alarm system and ultrasonic interior surveillance. The security system monitors the hood, the ignition, the four doors, the interior and the entire rear hatch. As a result of the car’s anti-theft protection, thieves stay away from the car.