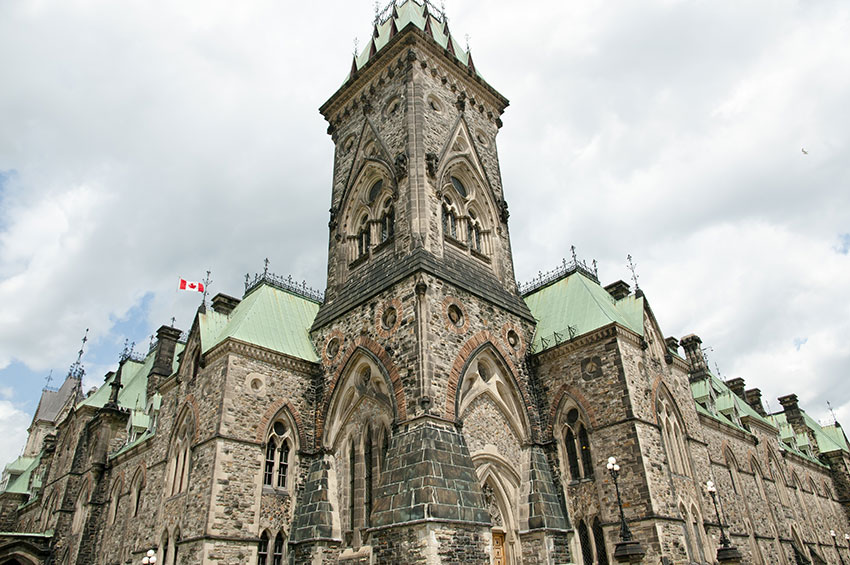 Ottawa’s origins are based around it being centrally located in Canada. At the time, it was midway between Montreal and Quebec City to the east and Kingston and Toronto to the west, roughly the center of the young country at the time. Its location at the Ontario/Quebec border also balanced it politically between the two regions. The bluff that’s now named Parliament Hill was chosen for its defensibility. The townsite, miles from the U.S. border, had the advantage of heavy forests around its other sides. The relatively remote location guarded against U.S. invasion and angry mobs of citizens, a problem in previous capital city locations.

The City of Ottawa Today

The contemporary city comprises a metropolitan region that spans the provincial border. The Ottawa-Gatineau metropolitan region is Canada’s fourth-largest in population, with over 1.2 million residents. An affluent and educated city, at almost 6,000 square kilometers, Ottawa covers a large area and creates long commutes.

How Much Does Car Insurance Cost in Ottawa

We surveyed the car insurance prices in the city of Ottawa for the purpose of illustrating the range in quotes based on driving record, location, and other criteria. To get a customized quote, enter your postal code above.

As with any major metropolitan center, Ottawa suffers from big city congestion as workers heading for jobs in the downtown area flock in from the suburbs. Traffic volume contributes to an increased number of accidents and the resulting insurance claims nudge auto insurance premiums up for everyone in the surrounding areas.

In spite of this, Ottawa is not near the top of the spectrum in terms of provincial car insurance averages. While insurance premiums usually depend on personal factors contributed by the driver taking out the policy, other conditions affect pricing, including where a motorist lives.

The contrast between Ontario and Quebec may be at its widest when it comes to car insurance. Ontario’s rates are the highest in Canada while Quebec’s are the lowest. Private insurers provide complete auto insurance coverage in Ontario while Quebec uses a hybrid system, where the government provides personal injury protection and private insurers issue comprehensive, collision, and top-up coverage.

This means that two drivers with similar insurance circumstances, but living on opposite sides of the Ottawa River could see over $600 difference in their car insurance bills. Quebec’s provincial average is about $700 annually, though Gatineau motorists pay an average of just under $800. It may not be enough to trigger moves into Quebec, but it’s a substantial difference.

List of Car Insurance Companies and Brokers in Ottawa

The Ontario auto insurance market is competitive, with every insurer using their own method to calculate premiums. Looking at averages may not give an accurate reflection of the prices individual motorists pay since there are many other factors besides home location contributing to car insurance policy costs.

No matter where you are in Ontario, Ratelab’s car insurance calculator provides your best protection against unnecessary high insurance costs. Enter your personal car insurance information into the calculator and you’re provided with no-cost, no-obligation Ottawa car insurance quotes from the most affordable providers in your area.