The province has a no-fault based  insurance system. So, the drivers can file claims with their insurance company. It does not depend on who was at fault for the accident. In 2013, the province enacted the Direct Compensation for Property Damage System for managing property damage claims. If an accident causes property damage or injury loss of more than $2000 then a police report will need to be filed. Around the same time, there was also regulation started for determining fault for auto insurance. This helped insurance companies to assess fault and handle the claims process.

The insurance companies in Nova Scotia use a variety factors to calculate car insurance premiums. The following list has the factors used to set premiums.

In Nova Scotia, there is a cap of $2500 for claims made for losses due to pain and suffering for a minor injury. So, in the event of an accident, you may sue for up to $2500 for pain and suffering but can still claim for other benefits to their limits. You could claim for the cost of medical bills, equipment, treatment, rehabilitation etc. for recovery from the injury. You may also claim for loss of income for time off from work due to injury. 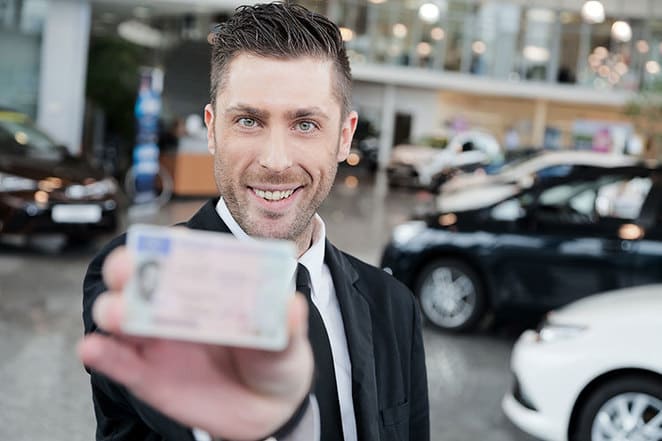 Nova Scotia has a graduated driver licensing system with 3 levels. The following are the 3 phases that need to be completed before getting a full driver license.

After completing the above 3 phases, a driver gets a Nova Scotia driver license with no restrictions that were applicable during the learning period.

With effect from April 2016, this phase has been increased from 6 months to 12 months duration. If the driver enrolls and completed an education program then this period reduces to 9 months. The restrictions during this phase are as follows:

The operating conditions during this phase are as follows:

In addition, this phase can be completed after a 6 hour Defensive Driving course or an approved driver education program with 10 hours driving time and 25 hours theory.

This phase lasts for 24 months and after successful completion will graduate to a full license with no restrictions. During this phase, the driver is enforced by a special driving condition 47 that include the following restrictions.

As per law, it is mandatory to have car insurance to operate a vehicle in Nova Scotia. The standard car insurance coverage includes liability, accident benefits and damages due to uninsured and unidentified motorists. The 3 coverage levels that are required on all auto policies are mentioned below.

Third Party Liability Coverage: This coverage has to be purchased on all auto policies for up to a limit of at least $500,000. There is an option to increase the limit as per need. The coverage protects the insured against any losses caused to a third party by your car. The damages to property and injury are covered under this coverage in the case of a lawsuit.

Accident Benefits: The coverage is for rehabilitation, medical, funeral expense and income replacement benefits. This can be claimed for the injured driver and the passengers in the event of a collision.

Uninsured and Unidentified:  This covers for losses caused to you due to an accident with a car that has no insurance or the driver cannot be identified.

A driver may also purchase some optional coverage on top of the standard coverage to get more protection in case of an accident. Generally, the motorists buy collision and comprehensive coverage. There is a deductible payable to claim under both the coverage. As of 2003, there was provision to buy enhanced accident benefits cover for the insured and the family if there was no such coverage through other insurance policies.

Collision: This coverage is also known as upset coverage and could compensate for losses due to a collision. It does not matter as to who is at fault for the collision.

Comprehensive: The coverage will pay for claims in case of perils such as fire, theft, vandalism etc.

Apart from the above, there are also additional endorsements that could be added to the auto insurance policy for more benefits.

Penalty For Driving Without Insurance in Nova Scotia

There are severe penalties to be paid if caught driving without active car insurance in Nova Scotia. This may range from a minimum of $1000 penalty or jail time for 45 days for a first-time offense. A second offense may lead to a higher fine amount of $2000 or jail time for 90 days. Third-time offense would cause a financial loss of $5000 or jail time of 120 days. If you are also convicted for driving without valid auto insurance then you could get classed as high risk. This would increase the insurance premium rates.

Driving in Nova Scotia under impaired conditions could invite heavy fines. If you get convicted of impaired driving with BAC more than .08 and an accompanying child under age of 16 years then the following may apply.

All penalties and jail time or suspensions for impaired driving depend on the nature of the offense. The penalties could be severe if the impaired driving caused death or injury. The following details the fines and punishment as per the number of offense.

The road safety department in Nova Scotia strictly bans distracted driving to reduce collisions and violations. They are also cracking down on those who use their cell phones while driving on the roads. As of 2015, there would be demerit points added to the driver license too along with heavy fines. Earlier, a first-time offender paid anywhere from $176.45 and a third-time offender pays a higher fine of $348.95. But since 2015 this has increased. A first time offender may pay up to $233.95 and a third-time offender may pay up to $578.95 along with 4 demerit points added to the driver license with conviction.

The provincial government of Nova Scotia initiated the ‘1-meter rule’ in 2011 with Bill 93 which is a unique legislation in Canada. This is the only province in Canada with this traffic legislation. As per this rule, the drivers have to allow at least 1 m clearance while driving past a cyclist on the road. The cyclists are also expected to ride in a single file and not spread out on the road while cycling. They are also expected to ride only on the right side of the road in designated bike lanes. The purpose of this rule is to encourage road sharing by different users in a safe manner including drivers and cyclists. There are also about 12 new signs in the highways to remind cyclists to slow down as this will promote road safety.

Several government agencies have partnered together to improve road safety in Nova Scotia at the provincial level. This responsibility is mainly shared between the department of transportation and infrastructural renewal together with Service Nova Scotia and Municipal Relations. They deliver road safety program effectively for better traffic control. The province also reports road safety events for monitoring purpose. Federal reports are also produced to look at existing road issues in the province. This helps to provide solutions by improving Nova Scotia road structure and development.

The province of Nova Scotia has proposed a 5-year plan for improvement of road safety. This plan will manage the repairs and maintenance of 23000 km of highways and roads along with 4100 bridges. The province has expensed over $455 million over the past two years for improving major highway structure. Major road projects, pavement, bridge replacements will be taken care and needs to be reviewed over next 5 years.