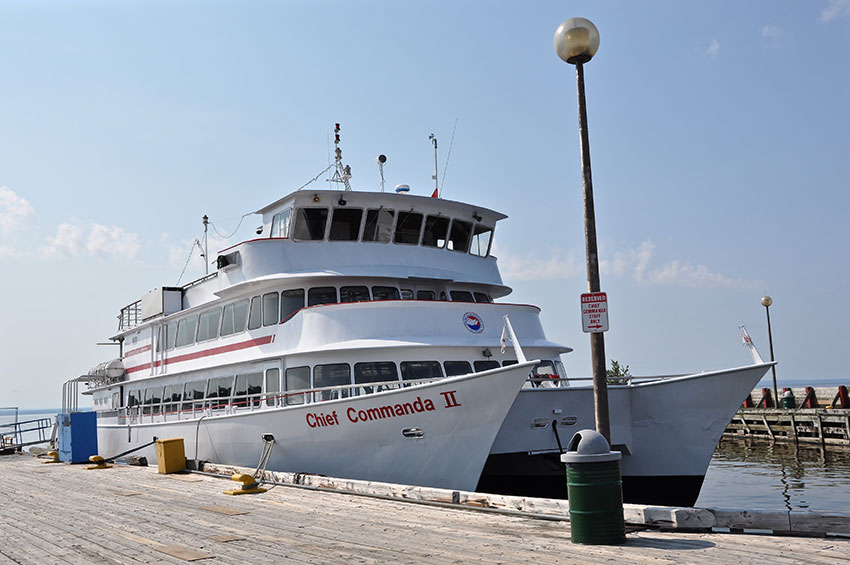 Though North Bay originally grew out of the resource sector, the early development of three railways running through town brought early diversity. Mining and logging activity got a boost from the railways, and North Bay’s location in the north-south line between Toronto and the mining centers to the north meant security for the young town.

As an important part of the NORAD system during the Cold War, a strong military presence, both Canadian and the U.S., raised the profile of North Bay. Extensions to the city’s airport runways meant that during the September 11 Crisis in 2001, the airport served as an emergency facility as airliners rushed to get out of the skies. The longest runway was even certified as an alternate landing strip for NASA’s Space Shuttle program.

Today, education, health, and other public sector jobs dominate the local economy. At 330 km north of Toronto, North Bay, along with Sudbury, is a major center in Ontario’s near north. Its mobile population is frequent car owners. With a stable population of about 53,000 people, the city avoids many of the typical issues that larger centers experience.

How Much Does Car Insurance Cost in North Bay

The average cost of car insurance in North Bay is $1,294.

We surveyed the car insurance prices in the city of North Bay for the purpose of illustrating the range in quotes based on driving record, location, and other criteria. To get a customized quote, enter your postal code above.

Private insurance companies supply the auto insurance market in Ontario. Because of that, competition drives aggressive pricing. Countering is the high level of regulation that the government places on the industry. That, combined with problems created in Canada’s most populated corridor, gets shared between all drivers in the province, creating the highest auto insurance costs in the country.

Finding affordable insurance comes down to comparing prices from as many insurers as possible. Despite government regulations, insurance companies decide on their own procedures for underwriting policies. As long as these procedures and rates receive approval from the Financial Services Commission of Ontario, the insurer has flexibility. This is why no two insurance companies will charge exactly the same rate for similar coverage. Not only that, there can sometimes be hundreds of dollars difference between two companies.

This aids motorists with less than perfect driving records. Where one company may penalize a driver with a speeding ticket or other infraction, another company may not consider the offense as heavily. Comparing rates at renewal time is just good practice to ensure you’re getting the best value for your car insurance needs.

One thing to keep in mind about Ontario car insurance has to do with statutory insurance requirements. While every car must carry a minimum of insurance as mandated by the government, this minimum amount of coverage may not be adequate in providing you with the protection you expect. The province requires $200,000 in third-party liability insurance. This may not be enough to cover costs from an at-fault accident that results in a lawsuit. Many motorists purchase additional insurance to bring coverage to $500,000, $1 million or more to reflect current settlement rates.

As well as this, the province made changes to statutory accident benefits in June 2016. These changes reduced the amount that insurers are obligated to pay for health care costs resulting from an accident beyond those covered by provincial health insurance. Drivers can top up that amount, and as a result, more industry professionals advise this in the wake of the changes.

North Bay residents can take advantage of Ratelab’s car insurance calculator to generate auto insurance quotes designed around their needs. The calculator takes car insurance information and shops it with dozens of insurance industry partners to find both the lowest rates and best fits. You can start the process now by entering your home postal code in the space provided below. The calculator guides you through the process and in minutes you have estimates from the most affordable insurers in your area. Enter your postal code now.