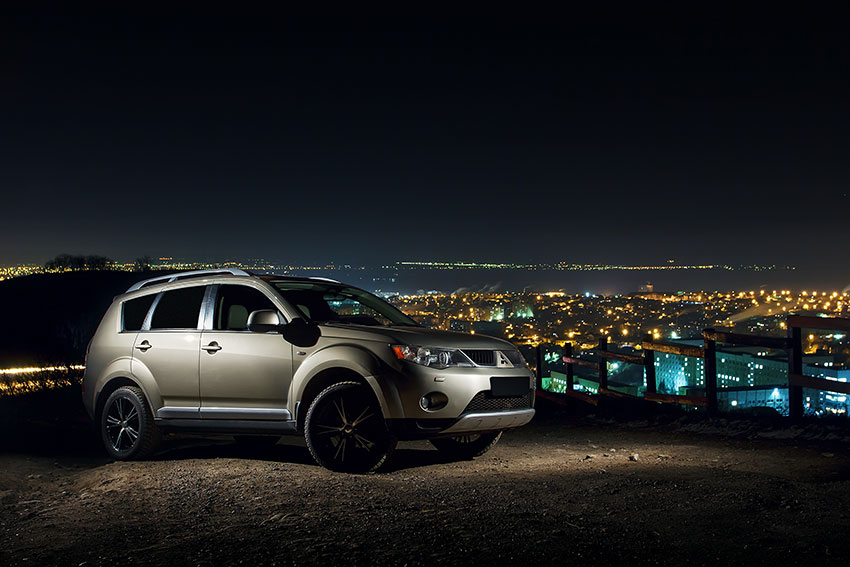 How Much Does Car Insurance Cost For Mitsubishi

The table below shows the Mitsubishi car insurance cost for a sample driver.

Methodology: We surveyed Mitsubishi car insurance prices in select Canadian cities for the purpose of illustrating the average quotes for a male driver aged 35 years in the city downtown with an owned Mitsubishi LANCER DE 4DR 2015 model car.

The Mitsubishi model roster in Canada features several insurance-friendly vehicle designs. Certain types of cars attract owners who fall into generally safe driving demographics, such as families and mature drivers. The Mitsubishi image is family-friendly, appealing to those who remain style conscious while on a budget. The SUVs, crossovers, and four-door sedans prove practical for those with children and earn low rates in general with insurers. The Outlander, RVR, Lancer, and Mirage fit these categories.

When it comes to occupant protection, Mitsubishi models feature an average level of performance for the most part. Recent model years of the Outlander and RVR show better than average protection for those involved in accidents. Across the product line, though, most models remain in the average range, and so these remain neutral in their effect on insurance rates. An older Mitsubishi model, the Galant, is an exception. Models between 2004 and 2009 each have a higher frequency of accident benefit claims, making this model more expensive to insure.

Accident benefits are part of Ontario’s mandatory basic insurance. The province uses a mixed insurance system, where some benefits work on a no-fault system, while accident victims retain the right to sue for damages. Accident benefits pay from the driver’s own insurance provider, regardless of which driver caused the accident. These cover medical and rehabilitation costs not covered by the provincial health care system. Cars that protect occupants well have a lower incidence of accident benefit claims.

Countering the good news on insurance values for Mitsubishi owners is the brand’s performance in collision claims. The 2003 Lancer and Galant, as well as the 2007 Eclipse Spyder, are the only Mitsubishi models that cost less than average to repair after an accident. Over half the Mitsubishi models listed by the Insurance Bureau of Canada’s most recent claims analysis cost more than average for after-collision repairs. These range from the 2008 Outlander, which cost 122 percent of average, to the 2012 Lancer four-door all-wheel drive, at 354 percent of average.

Collision insurance isn’t mandatory provincially to use Ontario roads, but most lending agencies insist on coverage when a driver borrows money to buy a car. Compared to similar vehicles from other makers, Mitsubishi models cost more for collision coverage.

While the comprehensive insurance picture is better, it’s still not positive overall for Mitsubishi. Models are evenly split between those that cost less than average to settle comprehensive claims and those that cost more. Unfortunately for the overall picture, these dividers aren’t by model line. That is, a Lancer, for example, has model years that perform better than average. There are also Lancer model years that rate both average and below average. Because of this relatively random scattering, no Mitsubishi model earns a reputation as performing well when it comes to comprehensive claims, so insurance rates are based on model year history, not overall reliability as a model.

Airbag manufacturer Takata supplies most of the world’s automakers. Problems with their airbags force the recall of cars around the world to correct the issues. Like many manufacturers, Mitsubishi vehicles fall under these recalls, the largest the auto industry has seen. To learn more, check out Car and Driver’s comprehensive overview of the Takata airbag recall.

Since Mitsubishi models have few trends that qualify models across the board for lower car insurance rates, the smart auto insurance consumer finds savings in other places. Using the Ratelab car insurance calculator is just the start. Once a favorably priced company is identified, the final details of a policy can right-size coverage to match features and budget.

Ask your insurer about discounts. While these are on offer from most insurance providers, they may not receive top billing, especially with existing clients. Insurance companies rarely add discounts automatically. It’s only after a client asks that a qualifying discount gets applied. Keep in mind that not every insurer offers the same roster of price breaks.

Mitsubishi is a Japanese car manufacturer that has a good reputation. The vehicles are known for their good looks and reliability, as well as their success in motor racing, especially in the rally. They offer one of the best warranty coverages on the market, making their models even more attractive.

Mitsubishi currently offers a wide range of models in Canada, including the Lancer, the Eclipse, the Outlander, and the Endeavor. The new electric minicar called the i-MiEV is also available.

Mitsubishi outfits its vehicles with the standard safety equipment that most car manufacturers provide. However, while they offer what their competitors offer safety features, they lack in the brake department.

Unfortunately, many parts for Mitsubishi cars have to be imported. Some of these parts are not easily available and sometimes take a while to come in. This makes Mitsubishi’s cars more expensive to run and maintain than their competitors.

Although they have good reliability and are expected to last for years without giving many problems, Mitsubishis don’t excel compared to their competitors.

Mitsubishi helps its owners’ peace of mind by equipping most models with anti-theft features. These features include the standard anti-theft engine immobilizer and anti-theft alarm system.

Find out how much it would cost you.

Using our services, you can get multiple quotes from different companies all at once. You only have to provide your information once. By shopping around, you could end up saving hundreds, or even thousands of dollars a year, and you’re just a couple of clicks away from finding out what leading car insurance companies would charge you.