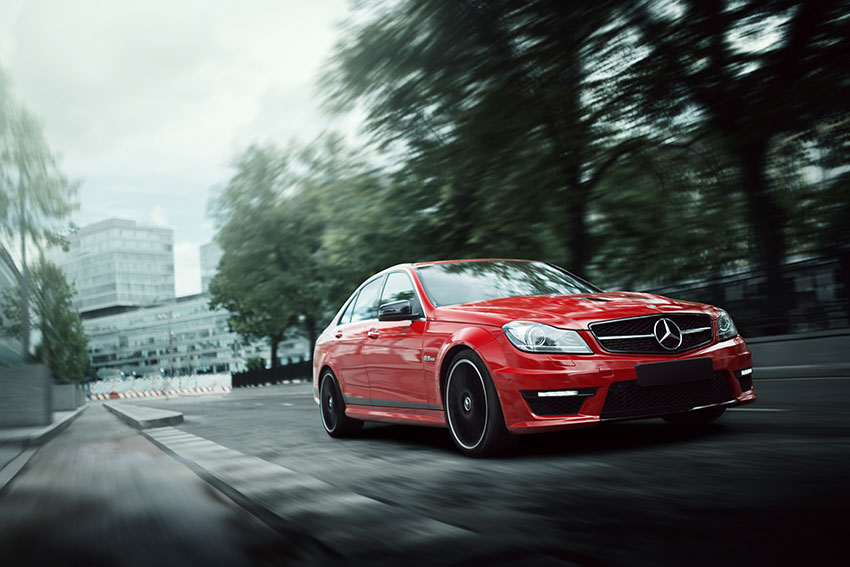 How Much Does Car Insurance Cost For Mercedes-Benz

The table below shows the Mercedes-Benz car insurance cost for a sample driver.

Methodology: We surveyed Mercedes-Benz car insurance prices in select Canadian cities for the purpose of illustrating the average quotes for a male driver aged 35 years in the city downtown with an owned Mercedes-Benz C300W 4MATIC 4DR 2015 model car.

Luxury cars in general, tend to protect the driver and occupants of a vehicle well, whether due to construction techniques or leading-edge safety features. Mercedes-Benz models do, for the most part, follow this trend with predominately average to better than average performance in this category.

To determine how a model fares in occupant protection, the Insurance Bureau of Canada lists Canadian car models and their performance against average in the accident benefits category. Cars with fewer claims perform well while those with more claims than average score poorly.

Most Mercedes-Benz models place in the average range. These models are insurance neutral, neither boosting nor cutting premium rates. Models with fewer accident benefit claims include GL 320, GL 350, GLK 250, GLK 350, ML 320, and ML 350. Expect basic insurance costs for these models priced below average.

The same is true for minivans, SUVs, crossovers, and wagons. These include the Mercedes-Benz B-Class, GLA, GLC, GLE, GLS, G-Class, and E-Class wagon. These prove more affordable in the insurance department than Mercedes Benz’s collection of coupes, convertibles, and roadsters. These designs generally cost more, no matter who the maker is.

The model factors most likely to drive up Mercedes-Benz auto insurance prices are costs to repair after a collision or comprehensive insurance events. Typically, these are higher for top-end luxury models due to the premium nature of the materials used and the cost of replacement parts. Mercedes-Benz models show this tendency, with a few model years that, surprisingly, perform better than average.

Collision claims information from the IBC establishes the average baseline for these claims. Each model from every brand compares to this baseline and earns its rank as above, at, or below average.

Most Mercedes-Benz models score above average for collision claims. This extends to 336 percent of the average for the 2008 S450V, though most models in this rating cost less than 200 percent of average claims costs. The surprises come with the C230 sedan from 2003 and 2005, as well as the E320W from 2003. Each of these models costs less than 75 percent of the average to repair after a collision. Though not a major trend, expect those models to feature lower collision endorsement costs.

A similar trend follows Mercedes Benz models for comprehensive coverage, though there are more pleasant surprises for this category. The 2008 S450V also tops the more expensive than average claims list for comprehensive coverage, coming in at 397 percent of average. At the high range, Mercedes-Benz models are evenly split between those over and under 200 percent of the national average. The C230 also shines in comprehensive claims settlements. 2003, 2004, and 2007 models come in below 70 percent of average. Eight other Mercedes-Benz models also come in under 80 percent, bright lights in an otherwise more expensive insurance trend.

Once you’ve used Ratelab’s car insurance calculator to identify your best insurance deal, there are still ways to cut costs by fine-tuning your policy.

Mercedes is a global division of German Manufacturer Automobile. The brand first appeared in 1926 under Daimler-Benz but has its origin in Karl Benz’s 1886 Patent-Motorwagen and Daimler-Motoren-Gesellschaft’s 1901 Mercedes. Their headquarters is in Stuttgart, Baden-Württemberg, Germany. The brand makes automobiles, coaches, buses, and trucks. It is among the three top German luxury makers, with brands like BMW and AUDI. These three brands are the best-selling luxury automakers in the world. Mercedes is the best at whatever it provides regarding comfort and convenience. Mercedes has two cars in the list of fifty best-selling cars in the world–the Mercedes C-class ranked 34 while Mercedes E-class ranked 43.

When it comes to safety, Mercedes-Benz is a forerunner known for its rigorously implemented safety measures in its pursuit of accident-free driving. Some of the safety features include a driver airbag, side airbag, daytime running lights, traction control, lane departure warning, electronic stability control, four-wheel ABS, four-wheel disc brakes, and blind-spot monitoring. In addition to these safety features, the new C-class 2015 features a body structure built of both aluminum and high-strength steel.

The 2015 Mercedes-Benz C-class does not have a perfect rating from the National Highway Traffic Safety Administration (NHTSA) or the Insurance Institute for Highway Safety (IIHS). The Mercedes-Benz receives a mixture of 5 and 4-star ratings. So far, the result has been impressive as the car is built with safety in mind and has a good reputation for being strong.

High-performance cars like the Mercedes-Benz C-class are expensive to repair and maintain. This is because of the expensive costs of getting the parts and the labor involved. It is estimated that owners of these cars may pay as high as $100 per hour for labor. So, if you want to get the latest Mercedes-Benz C-class, remember that you may have to shell out more money for repairs and maintenance.

Mercedes-Benz cars are completely reliable when compared to its competitors. German engineered cars have earned a good reputation and have been ranked 4 out of 5 by the National Highway Traffic Safety Administration (NHTSA) in their reliability ranking.