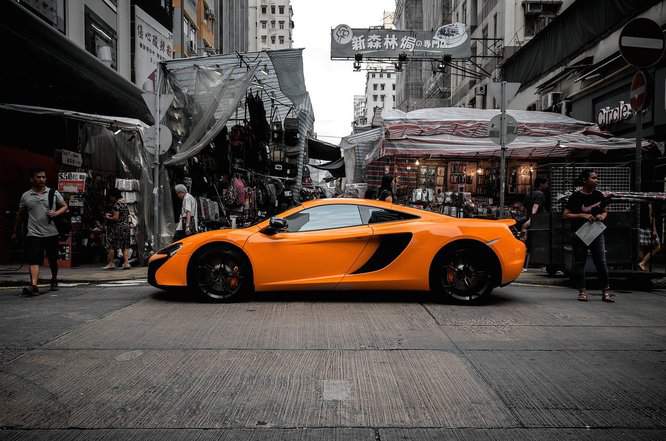 How Much Does Car Insurance Cost for McLaren in Ontario

The average cost of McLaren car insurance in Ontario is around $205 per month.

In our research, we have used an example 35 years old male driver with no tickets or claims, driving the 2018 McLaren 540c 2DR couple. Our example driver puts 5000 annual KMs and has a G license.

McLaren road car models would cost you less to insure than their classic or race car models. McLaren vehicles, in general, are more costly to insure. However, there are certain models that are cheaper to insure than others. The lower the value of the model the lower the auto insurance you will pay. Models with modern safety features such as automatic seat belts, blind-spot detection systems, driver and passenger-side airbags, anti-lock brakes and lane-departure warning systems can significantly lower auto insurance rates.

There are many online tools for calculating auto insurance. These online auto insurance calculators will assist you in getting average car insurance quotes for your specific McLaren vehicle. Ensuring you keep a clean driving record significantly positively affects your insurance rate.

Drivers with little or no at-fault accidents and claims will typically pay a lower auto insurance premium. The insurance company may adjust your insurance rates accordingly pertaining to your driving habits and regular annual mileage.

There are a few reported issues with certain McLaren vehicle models. The following issues have been reported.

This McLaren model has steel brakes. An owner washed the vehicle and stored it while the brake discs were still wet. This caused one of the calipers to freeze on the disc. Other than this issue which can be avoided, it’s a great vehicle.

The issue reported pertaining to his model was a faulty front tire sensor. Another driver reported having to replace a door lock and a water pump after 3 and a half years.

A reported issue with this McLaren model was a faulty temperature sensor.

2 reported issues with this McLaren model were a loose rear side turning signal light and a failed Iris Infotainment System.

In April 2020, McLaren made a massive recall of almost 2800 vehicles. The recall was made due to a risk of fire caused by a foam pad that is under the fuel tank. The foam pad can absorb water causing the fuel tank to corrode. When the fuel tank corrodes it can lead to fuel leakage and in turn a potential fire. Two of McLaren’s vehicles experienced this issue which prompted the recall. The vehicles affected in the recall are:

Issues such as this can be a major safety hazard. Owners of vehicles affected must bring their vehicles in to be inspected/repaired due to the recall. Should owners of these affected vehicles neglect to bring them in for inspection/repair and a fire occurs, the insurance company may not honor the claim.

Another recall made by McLaren was due to faulty Takata airbags, stating the airbag inflator with prolonged exposure to humidity and heat can degrade. The driver’s airbag was not affected by this recall. Faulty airbags are a huge safety risk, they can cause death or serious injury. Recall affected McLaren model years 2012-2018.