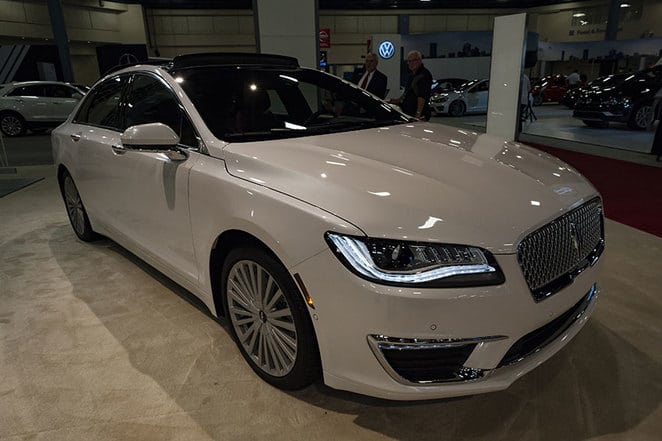 How Much Does Car Insurance Cost For Lincoln

The table below shows the Lincoln car insurance cost for a sample driver.

Methodology: We surveyed Lincoln car insurance prices in select Canadian cities for the purpose of illustrating the average quotes for a male driver aged 35 years in the city downtown with an owned Lincoln MKC 4DR AWD 2015 model car.

Sorting through the volume of car insurance providers in Ontario has never been easier. Ratelab’s car insurance calculator connects you with over 40 car insurance companies in a single step. Making sense of Lincoln’s accident claims statistics isn’t difficult at all when you use the Ratelab calculator. You enter your information once. Then the calculator shops your needs with our industry partners.

If Company A charges more for collision for Lincolns, but Company B charges more for comprehensive, it no longer matters to you, since you need only look at the bottom line offered by the estimates returned to you. It’s even possible to make a better deal by discussing what’s right for you with your agent or broker.

Luxury car manufacturers usually perform well when it comes to protecting the driver and passengers after an accident. In Canada, insurance companies rely on statistical data provided by the Insurance Bureau of Canada that the insurers themselves submit about accident claims.

Analyzing this data gives indications of how cars perform in several insurance categories. Occupant protection shows when a car model’s frequency of accident benefits claims gets compared to national averages. Those cars with fewer accident benefit claims than average better protect those in the vehicle and thus become favorable to insure under Ontario’s mandatory insurance coverage.

In this regard, Lincoln performs well. No model has more claims than average. Slightly more than half of Lincoln’s vehicles have fewer claims, indicating greater occupant safety. In particular, the Lincoln Aviator, Mark LT, MKS, MKT, MKX, and Navigator all show above-average trends, indicating lower costs for basic insurance.

Luxury cars typically feature higher than average repair costs after collisions, due to premium materials and repair techniques. Lincoln outperforms most luxury vehicles, with fully half of its models placing in the average or below average range for the cost of collision claims. There is no pattern to the models or model years that perform well.

The same tendency applies to comprehensive insurance claims as well. In fact, more models perform above average in this category. The Lincoln Navigator, however, has no model years placing in average or better performance. While overall, Lincolns should cost less to insure, the Navigator will not.

Though Lincolns do perform well compared with other luxury brands, still half of the models listed in TBC statistics do cost more to settle collision and comprehensive claims. Since the incidences scatter across various years and models, the benefits of the models that perform well are hard to pinpoint.

In Ontario, auto insurance operates in a competitive market. While all insurance providers must obtain approval from the Financial Services Commission of Ontario for rates and procedures, they are not held to a single way of calculating these. Each insurer uses its own ‘secret formula’ to calculate rates. So, when it comes to Lincoln vehicles, the IBC statistical data may weigh more or less heavily in policy calculations, depending on which insurance company does the computing.

Other optional coverage can also increase policy costs. Auto insurance reform is in the news in Ontario in 2016. In June, changes to the accident benefits portion of the province’s statutory policy meant that some combinations of benefits were reduced by as much as $1 million in some circumstances. Growing more popular because of that is an option to extend benefits coverage to its previous level. Similarly, basic third-party liability requires only $200,000 of coverage for the legal operation of a vehicle. However, this amount may not cover the settlement of a lawsuit arising from an at-fault accident. Additional liability coverage is a prudent purchase that most drivers make. While it provides more realistic protection, it does increase the total car insurance bill.

Lincoln vehicles, as well as those of most manufacturers, are involved in the Takata airbag recall, the largest automotive recall in history. Car and Driver provides a thorough guide, detailing everything a motorist needs to know about the recall.