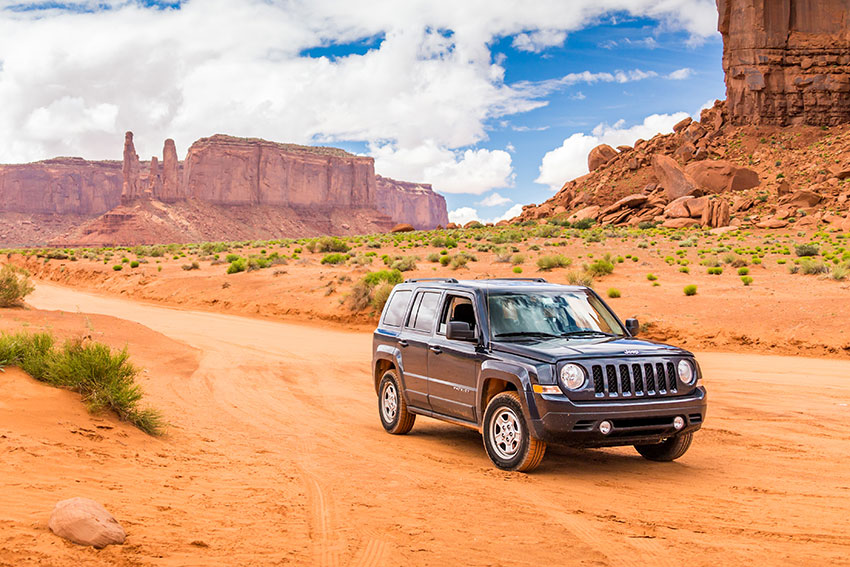 How Much Does Car Insurance Cost For Jeep

The table below shows the Jeep car insurance cost for a sample driver.

Methodology: We surveyed Jeep car insurance prices in select Canadian cities for the purpose of illustrating the average quotes for a male driver aged 35 years in the city downtown with an owned Jeep CHEROKEE LIMITED 4DR 2015 model car.

The Jeep off-road image suggests an insurance nightmare to some, but in fact, most Jeeps start with very reasonable insurability factors. Many models are quite at home in the wilds of the shopping mall parking, popular with families who want the convenience of an SUV or crossover style with more appeal than the typical suburban minivan.

Jeeps have never been high-performance street racers, so already there are insurance advantages. When the Insurance Bureau of Canada collects claims information from all incidents in the country, Jeep models do very well in accident benefits performance. The frequency of claims in this category suggests how vehicles protect drivers and passengers. All years of Jeep Grand Cherokee since 2008 have fewer personal injury claims than average, as have all years of the Wrangler Unlimited model. Most vehicles fall in the average range and no Jeep model sees more personal injury claims than average.

Jeep’s current lineup consists of vehicles all in the SUV or crossover class. These designs gain popularity with active families who don’t feel a minivan fits their lifestyle. At the same time, most Jeep families aren’t so young that the insurance pitfalls of those under 25 remain. Many insurability factors combine to make Jeep models affordable across the board.

As a pioneer in four-wheel and all-wheel-drive vehicles, the complexity of drive trains in Jeep models could contribute to rising repair costs after insurance claims. It’s difficult to draw conclusions from IBC data since various models and model years appear all over the board in terms of repair costs. For example, a Wrangler model from one year may cost less in collision claims, while the next model year exceeds the average. Subsequent years could fall in the average range. This is the non-pattern that most Jeep models demonstrate for collision claims. Roughly, 1/3 of all models fall into low, average, and high claims costs.

Comprehensive insurance claims show a similar pattern with an even closer 1/3 split between rankings. Late models show a slight trend toward more expensive claims, but this too is evenly split between models. Only the Jeep TJ, as mentioned, regularly performs below average in repair costs for both comprehensive and collision coverage.

The Cost of Customizing

Customizing Jeeps remains a popular hobby, raising the suspension or adding towing winches and other off-road gear. Modifying vehicles is a car insurance grey area, as many of these changes potentially undermine the safety factors built into and tested on the vehicles as originally supplied. This can put the driver of a modified vehicle in a difficult position. If an insurer is not informed of modifications and these become discovered after an accident, benefits could be denied, particularly if those mods played a part in causing the accident or aggravated damage. On the other hand, when a driver notifies the insurer of modifications, the insurance company can, with proper written notice, refuse to insure the vehicle. While there are companies that specialize in covering modified vehicles, and the insurance industry itself offers coverage through the Facility Association, such coverage may be substantially more expensive.

Some Jeep models have Takata airbags installed at manufacture. These airbags are part of a massive recall affecting many of the world’s carmakers. Car and Driver magazine updates an article regularly covering the scope of the issue, including a complete list of vehicles, affected.

You can reduce the insurance you pay on your Jeep through car insurance discounts. Discounts are a remarkably under-utilized way to knock off dollars, possibly because not all insurance companies offer the same discounts. Another factor could be that insurers don’t strongly promote discounts among current clients. Why would they want customers to pay less, right?

Many motorists are familiar with multi-line discounts when a rate reduction occurs after combining car insurance and home coverage with the same provider. That’s just the beginning, however. Some discounts take safe driving history into account or provide reductions for retired or over 55 drivers. Others may cut the rates of young drivers who do well in high school as well as those completing approved driver training. Usage-based insurance using telematics devices is now on the market from some insurance companies. Drivers can earn both participation and good driving discounts.

Not every insurer offers every discount. Check with your company, agent, or broker to see which are available to you and insist that those for which you qualify get applied. Check this at least annually, since few insurers will automatically add discounts without your request.

Jeep is a popular trademark of American automobile which is a division of FCA US LLC (formerly Chrysler Group, LLC). The brand Jeep was acquired by the former Chrysler Corporation from its owner, American Automobile, in 1987. A range of Jeep’s products includes sports utility vehicles, pickup trucks, and off-road vehicles. The Jeep was used extensively by US armies during the Second World War and even after the war.

Jeep replacement parts are readily available all over Canada; the repair parts may be a little expensive compared to other vehicle brands.

Jeep models are usually very reliable as the brand is known for engineering strong cars as indicated by the National Highway Traffic Safety Administration. Reliability ratings by The NHTSA indicated that the Cherokee had a reliability rating of 3 stars.

The Grand Cherokee ranks among the top ten most stolen cars, eighth on the list in Canada. Most vehicles are targeted for their parts, which are stripped down and resold. However, most recent Jeeps have tracking devices and alarm systems that significantly reduce the cases of theft in Canada.