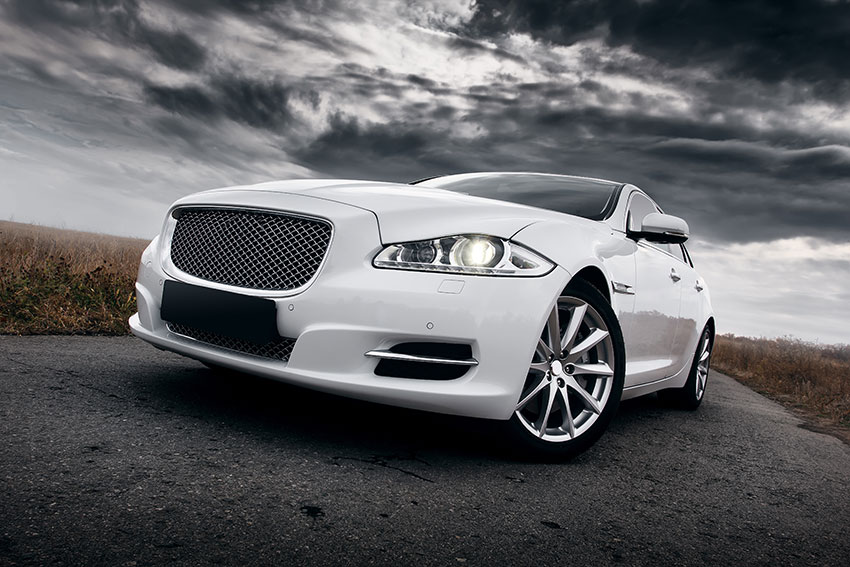 How Much Does Car Insurance Cost For Jaguar

The table below shows the Jaguar car insurance cost for a sample driver.

Methodology: We surveyed Jaguar car insurance prices in select Canadian cities for the purpose of illustrating the average quotes for a male driver aged 35 years in the city downtown with an owned Jaguar XF 3.0 4DR 2015 model car.

Luxury cars protect occupants well as a rule, whether by safety design or simply the fact that components needed for a smooth and quiet ride offer better protection naturally. Jaguar doesn’t shine compared to other luxury carmakers, but nor does it offer increased risks. In data collected by the Insurance Bureau of Canada, all Jaguar models fall into the average range for personal injury claims. This means a driver or passenger in a Jaguar vehicle is no more or less likely to experience an injury, compared with all accidents occurring in Canada. This should have no effect, up or down, on insurance rates for their cars.

While Jaguar’s collision repair costs after an accident are higher than average, they are not as extreme as some other luxury manufacturers. Since luxury cars are comparatively rare, with precision components, parts can be expensive and repair times longer. While Jaguar owners pay, on average, about 50 percent more than most drivers, it’s not unusual for luxury cars to cost twice as much. By that measure, Jaguar performs well. A notable exception is the 2010 Jaguar XF four-door, which shows collision repair costs of three times the national average. Other models, such as the XE and XJ sedans, F-Pace SUV, and F-Type sports car, show no such extremes. While collision coverage will be higher for the XF, the other models show only a slight increase over non-luxury models.

The vehicle model is only one factor of many that contribute to the cost of a car insurance policy. The design and accessories have much to do with how insurers assess risk, as does the claims history of a model. Jaguars have a strike against them in the insurance picture right out of the gate, given their place in the car market as high-performance carmakers. Although their current product line includes five models out of six that are four-door sedans or SUVs, designs are sporty and have mechanical components solid. High-performance vehicles invite aggressive driving habits, and that means base insurance rates that are more expensive than average vehicles. Since Jaguar owners expect responsive, sporty vehicles, paying more for insurance is likely another expectation.

As mentioned above, Jaguar models do cost more for collision insurance, but not as much as most luxury vehicles in their class, thanks to positive on-road history. Comprehensive coverage behaves in a similar way, but with even more positive performance. Jaguar X-Type models from 2002 through 2005 fall within average ranges for comprehensive claims settlements. Other models place above average, but only slightly.

Comprehensive insurance covers, among other perils, car theft. Hollywood often portrays car thieves as culprits after high-end luxury cars, chopping them up for their expensive parts or repainting and disguising them. The reality is somewhat different. Car theft is more about impulse and opportunity, and luxury makers such as Jaguar include advanced anti-theft protection. In fact, the cars most stolen in Canada are pickup trucks more than 10 years old, not current model Jaguars. While claims costs for comprehensive insurance are higher than average for Jaguar models, theft risk is not.

As with most car makers around the world, Jaguar uses Takata airbags, involved in the world’s largest automotive recall. Consumer Reports published a blog with comprehensive information on the recall.

Telling a driver with an eye on an F-Type sports convertible that the model costs more to insure is an argument destined for deaf ears. Even if a motorist accepts the higher cost of insurance, there are ways to keep that to a minimum. Ontario’s insurance industry protects the competitive nature of the market for insurance companies. Each company sets its own underwriting rules and insurance rates. Consumers stay protected since the Financial Services Commission of Ontario approves these before an insurer can offer policies to the public.

The result is that no two insurers charge exactly the same price for the same car and coverage. While prices may be similar in some cases, in others there are often hundreds of dollars between quotes. The open secret for the best auto insurance pricing is aggressive shopping. The more insurers a motorist compares, the better the chances of finding the lowest rate.

That’s where Ratelab comes in. You could check three, six, or even nine insurers yourself if you’re ready to submit your information three, six, or nine times. With Ratelab’s car insurance calculator, you enter your information once, yet your offer compares with over forty Ontario auto insurance providers. Your chances for saving money are the best they can be while targeting coverage that’s exactly right for you.

Jaguar Cars is a multinational British car manufacturer owned by Tata Motors and headquartered in Whitley, Coventry, England. In 1945, the company adopted Jaguar, replacing the name S. S. Cars. In 1996, Jaguar merged with the British Motor Corporation and was renamed British Motor Holdings (BMH) which was followed by yet another merger with Leyland Motor Corporation in 1968 and was again renamed, British Leyland. Most Jaguar cars today are designed at the Whitley plant in Coventry and also in Warwickshire at their Gaydon site.

The Jaguar XF is a popular luxury car among Canadians and is ranked among the best-selling cars in Canada.

The NHTSA indicated that the model has a reliability rating of three stars, which is a little above average.

The model comes with an alarm system as well as an engine immobilizer. The engine immobilizer serves to protect your cars from thieves because it ensures the car does not run unless an authorized key is inserted and that the key matches the other components in the car.  The security system monitors the ignition, the interior, and the entire rear hatch.