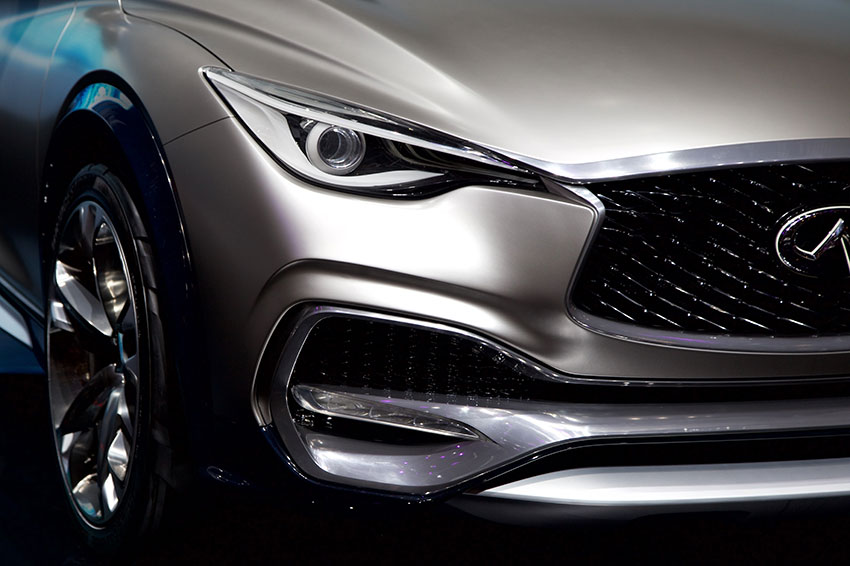 How Much Does Car Insurance Cost For Infiniti

The table below shows the Infiniti car insurance cost for a sample driver.

Methodology: We surveyed Infiniti car insurance prices in select Canadian cities for the purpose of illustrating the average quotes for a male driver aged 35 years in the city downtown with an owned Infiniti Q50 4DR 2015 model car.

The Infiniti model leans heavily toward vehicle styles that traditionally draw a safe driving demographic. This may moderate some of the typical luxury car factors that increase insurance costs. Of the 11 models making up the 2016 Infiniti line, only the Q60 Coupe provides two-door sports styling. The remainder of the models is four-door sedans, sport utility vehicles, or crossovers. Those three designs, popular with conservative family motorists, usually have moderate insurance costs, due to the numbers of traditionally safe drivers the vehicle classes attract.

As with most luxury cars in today’s market, Infiniti seeks to expand luxury sales into younger, affluent drivers. Depending on the success of marketing, overall insurance company perception may change for Infiniti vehicles. This could influence insurance pricing up or down, depending on how demographics and attitudes actually shift.

Generally, Infiniti models cost more to repair after collisions. That’s not unusual for luxury car lines. There are a few model years that fall under national averages, such as the 2005 G35 four-door, which came in at just 89 percent of the national average. Compare that with the FX35 four-door all-wheel drive coming in at 208 percent. Most models and years show higher than average costs for collision repair claims.

Most Infiniti models also cost more to settle comprehensive insurance claims. The most common non-collision risks covered by comprehensive endorsements include fire, theft, and vandalism, as well as damage from extreme weather conditions such as hail. The G35 model line, however, is an exception to the rule, usually sitting within the average range for comprehensive claims. Some model years even came in under average. This improves the overall insurance premium performance of the G35 series models.

The marketing trend toward younger drivers could bring about conditions that place upward pressure on auto insurance for the Infiniti brand. Higher insurance rates for younger drivers are based on two characteristics lack insurance history and aggressive, inexperienced drivers. The latter of these, in particular, contributes to more common and more severe collisions. Should Infiniti models become involved in more accidents due to successful youth appeal marketing, all Infiniti drivers could see climbing insurance rates as insurance companies respond to the changing market.

One of the biggest vehicle safety issues in the news is the Takata airbag recall, dating back to devices installed in 2014, in nearly every manufacturer’s vehicle. Car and Driver published a comprehensive guide assisting motorists of affected vehicles. Certain Infiniti models are among those recalled.

Finding the lowest rate for your Infiniti model is just the first step in creating the best deal. Ontario car insurance has a number of ways you can customize coverage, adding, modifying, or dropping aspects of protection to give you the plan you want.

One way of saving money that not all motorists investigate is through discounts. Each insurance company has its own roster of discounts, and not all companies offer all price breaks. In fact, even those insurers who do offer discounts won’t automatically apply these even when they know a driver qualifies. It’s not until the driver themselves asks for the discount for their policy that the insurance company acts.

So, what kind of discounts can an Infiniti driver look for? Many people already know about multi-line discounts. This takes effect when a driver combines home and auto insurance with one company. A discount applies to each policy. Some drivers, though, aren’t aware that some insurers offer the same for insuring a second car, recreational vehicle, snowmobile, or boat. Ask your company, agent, or broker what combinations apply to you.

When you find a company offering a better price, it’s possible some of them may recognize your accident-free status under your previous company. Even if you qualify for a loyalty discount with one insurer, it’s still a good practice to compare rates. Every company sets its own premiums, so a competitor may offer a lower price even without a discount for loyalty.

Infiniti, Nissan’s luxury vehicle brand, offers a wide range of sedans, crossovers, and SUVs. Although their range isn’t as varied as some of its competitors, they make an effort to manufacture vehicles with outstanding performance and technology. With Nissan’s reputation for reliability and customer service backing the Infiniti brand, sales of luxury vehicles are increasing each year.

Infiniti’s popularity in Canada is growing thanks to its excellent cars and the reputation of its parent company. The infinity G25 sedan and the Infiniti EX crossover are currently the bran’s two top-selling models in Canada.

The parts for Infiniti’s models are mostly available in the Canadian market, but the cost depends on the model you buy. While Infiniti’s sedans are among the cheapest to repair and maintain, their SUVs are among the most expensive.

Models across the whole range of Infiniti are as reliable as one would expect from a Japanese car. They don’t particularly excel in reliability in the luxury market but do keep up with other well-known brands.

Most of Infiniti’s cars include a standard engine immobilizer and a presence key. They offer an elite anti-theft package that is standard in the industry and includes visible warning labels, pre-registered embedded body panel numbers, and window decals. These measures deter potential thieves because your auto parts are traceable and therefore not worth stealing.

Using our service, you can quickly and easily see how much it will cost you to get car insurance for a new Infiniti.