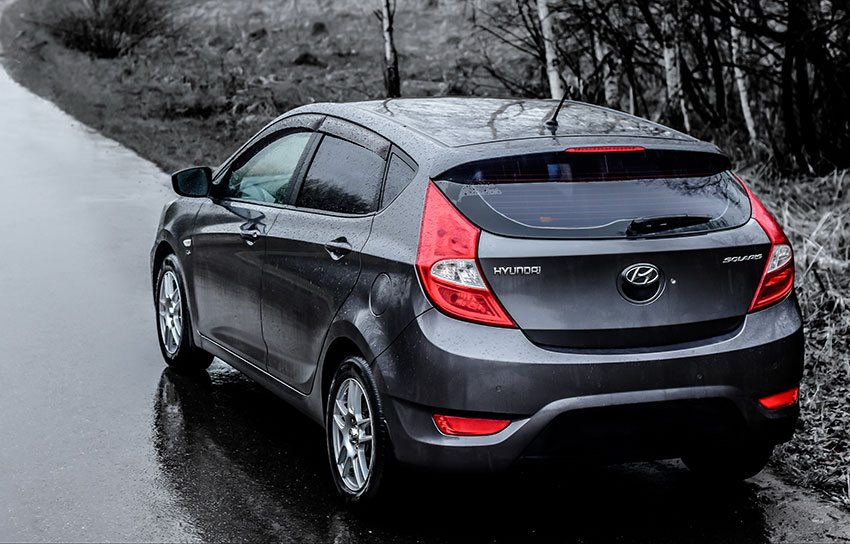 How Much Does Car Insurance Cost For Hyundai

The table below shows the Hyundai car insurance cost for a sample driver.

Methodology: We surveyed Hyundai car insurance prices in select Canadian cities for the purpose of illustrating the average quotes for a male driver aged 35 years in the city downtown with an owned Hyundai ACCENT GL 4DR 2015 model car.

Except for two models, the Hyundai lineup shows lower costs to repair after accidents than the national average, according to the Insurance Bureau of Canada and its most recent compilation of insurance claims information. Low repair costs lead to low insurance costs, since, with a trend of good performance, insurance companies recognize that those car models create less risk of big payouts. Any time a factor reduces the risk associated with a particular car, insurance rates go down.

Comprehensive insurance covers loss associated with non-collision risks, such as theft, fire, extreme weather, and vandalism. Only the luxury Genesis model scores worse than average for comprehensive claims settlements. For the most part, Hyundai models perform above average to repair after an incident covered by comprehensive endorsements.

Accident benefits represent insurance payments for personal injuries sustained by the driver or occupants of a vehicle. Fewer claims suggest that a particular model protects occupants better than another vehicle with higher claims. Hyundai models, with a few exceptions, place in the average range for occupant protection, compared with all vehicles in Canada. The Santa Fe, Veloster, and Veracruz models perform above average in some model years. Good performance in this category reflects lower-cost insurance.

Hyundai Veloster and Genesis models have higher than average costs for after accident repairs, countering the trend of other Hyundai models. These models carry higher costs to insure, due to this performance. Genesis represents Hyundai’s luxury model, so it’s logical that repairs cost more. The Veloster, on the other hand, is a sporty compact model, available currently with Turbo and Rally editions. The model’s performance tendencies might invite driving habits contributing to more severe collision damage. Whatever the reason, owners of these models should brace for higher than average insurance costs.

Also bucking Hyundai’s good performance trends are the Accent, Elantra, and Sonata for occupant protection. Each model has years where accident benefits performance is rated worse than average in national numbers. That drives insurance prices up, as companies perceive the models as risky. When looking at comprehensive insurance claims, only the Genesis costs more than national averages, adding to its burden as an expensive Hyundai to insure.

Otherwise, the Hyundai line remains economical and affordable when it comes to buying car insurance. Several current model lines have more and less expensive models when considering the cost of auto policies. For example, the Genesis has a sedan version with four doors and a two-door coupe. While the base price of the coupe is lower, its sporty styling and less conservative appeal add to insurance premiums.

Hyundai’s Tucson and Santa Fe crossovers remain popular as a minivan alternative to young families. This vehicle class typically retains low insurance rates for vehicle factors, while attracting drivers who see some of the most affordable rates of their driving histories.

Vehicles worldwide had defective airbags manufactured by Takata. Recalls for these date from 2014 on, and Hyundai vehicles make the list of affected vehicles, as do many carmakers.

When you’re looking at a car company that has good overall insurability, there might be a tendency to get complacent about the cost of insurance. Yet, in Ontario, all insurance companies can set their own prices, as long as they receive approval from the Financial Services Commission of Ontario. The FSCO doesn’t hold down prices, so shopping around provides a wide range of costs on essentially the same auto policy.

When you’re choosing between Hyundai models or even if you’re renewing insurance on the Hyundai you already own, take a look at the car insurance calculator here at Ratelab. With just a few short minutes, you can produce up to 10 low-cost insurance estimates that match your car’s needs.

Hyundai is a multinational conglomerate, founded in 1947 and headquartered in South Korea. Today, the Hyundai Motor Company is no longer a tethered business giant. The Hyundai group went through major break-ups that divided the company’s subsidiaries into stand-alone companies after the economic crisis of 1998.

The Hyundai Motor Company is one of the best-selling car brands in the world and offers a wide range of models to choose from.

Hyundai is one of the most popular car manufacturers in Canada. The Elantra and Accent are particularly popular. The Hyundai Elantra is the second most popular car in Canada, just behind the Honda Civic. In the same list, the Hyundai Accent ranked seventh place.

The popularity of Hyundai vehicles is due to a combination of affordability, good post-purchase customer service, and an attractive design. As a plus to an already excellent car, the Hyundai Accent is the cheapest car to insurance in Kitchener, Ontario. In a list of the top ten cheapest cars to insure in Canada, the Hyundai Elantra ranks fifth place.

The South Korean manufacturer has developed an extensive network of dealers and parts throughout Canada. Parts are readily available and are lower in price than competitors in their respective segments.

Most tests are done in safety and overall quality control placed the Hyundai models as slightly above average in terms of reliability. They tend to be more reliable than European or American competitors, but not as reliable as the Japanese ones.

Hyundai cars are very common today but are rarely featured on most-stolen lists, so they are considered safe cars to own. The Canadian models come with transponder keys and engine immobilizers as standard.