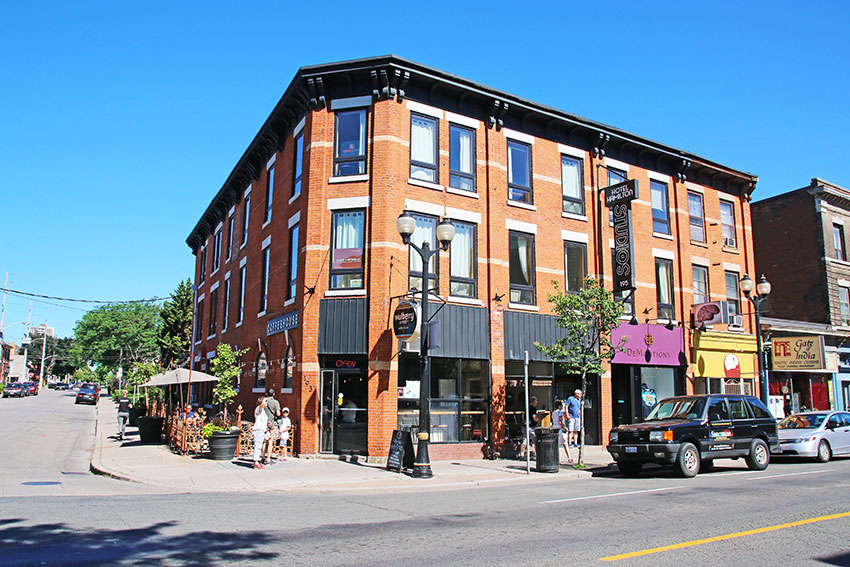 As Canada’s ninth-largest urban center, Hamilton has its share of big city traffic problems and the corresponding increases in average car insurance prices. While higher than provincial averages, Hamilton doesn’t hit the heights that some regions in the nearby Greater Toronto Area face. While pinpointing auto insurance prices that relate to all drivers isn’t possible, average motorists with clean records can expect to pay around $1,700 annually to insure their vehicles. This is higher than Ontario’s average of about $1,600 for the same driver.

How Much Does Car Insurance Cost in Hamilton

The average cost of car insurance in Hamilton is $1,541.

We surveyed the car insurance prices in Hamilton for the purpose of illustrating the range in quotes based on driving record, location, and other criteria. To get a customized quote, enter your postal code above.

Population and traffic density are two geographical factors that drive up overall rates in Hamilton. Individual motorists can do little about these factors. The best defense against high premiums rests on a driver’s history of both traffic offenses and insurance claims. No tickets and no claims ensure the best rates.

Ontario’s car insurance system does provide opportunities for motorists to control coverage and costs. With over 100 insurance companies in the province, comparison shopping is the best way to the lowest rates. That’s where Ratelab comes in. Ratelab’s car insurance calculator searches through dozens of insurance industry partners on your behalf. You enter information once, and the Ratelab search engines match your needs to companies offering the products important to you. The best matches at the lowest price are then passed to you in the form of no-cost, no-obligation quotes. Armed with this information, you’ve got the upper hand when hunting for an insurance deal.

Located at the western tip of Lake Ontario, Hamilton is the middle point of the Golden Horseshoe, a built-up commercial and industrial region stretching around the lake from Oshawa to Niagara. The city has its origins after the War of 1812 when a townsite was started south of the harbor. Named after its founder, George Hamilton, the city became an industrial and manufacturing center early in its history.

Building its fortunes around steel, both Stelco and Dofasco began operations in the early 20th Century. Though Stelco has had numerous difficult times, finally going bankrupt as a U.S. Steel subsidiary in 2014, Dofasco remains the most profitable steel operation in North America, now owned by Arcelor Mittal, the largest steelmaker in the world. Such is the efficiency of Dofasco’s Hamilton operation, Arcelor Mittal sold off American holdings so the U.S. government allowed it to maintain ownership of the Canadian steel producer.

Hamilton is home to the quintessential Canadian coffee shop, Tim Hortons. After a failed attempt at a burger joint in North Bay, professional hockey player Tim Horton and partner Jim Charade opened the first coffee and donut shop in an old Esso station. Coffee was 10 cents and donuts 69 cents, but you only had a choice between apple fritters and dutchies. Today, with over 3,500 outlets in Canada alone and worldwide revenues of over $4 billion, Tim Hortons is part of the Canadian identity. There are still about 35 Timmies stores in Hamilton itself.

Start your search now by entering your postal code in the space below. Ratelab walks you through the information necessary to identify your car insurance needs and personal risk factors. Your customized quotes follow shortly.