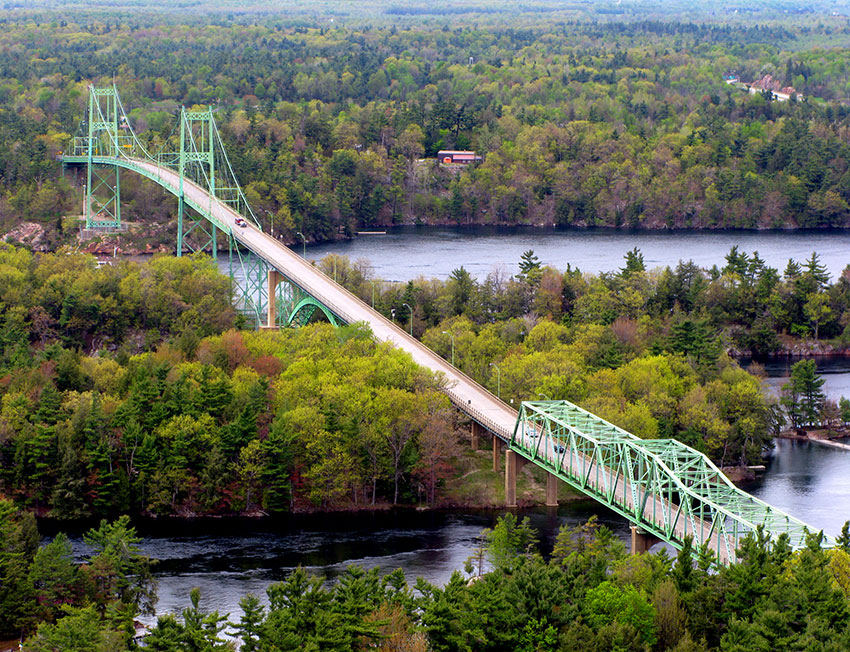 As the northernmost community in York Region, Georgina technically belongs to the Greater Toronto Area, but the pace of life east of Cook’s Bay and south of Lake Simcoe couldn’t get more different than the fast pace of life in the city. Less than 50,000 people call the area home. Access to the big city, however, remains simple and convenient. Highway 404 reaches its northern end just south of the township’s southern border. A few kilometers east, Highway 48 — Markham Road south of the township — provides a north/south route that swings east in Sutton, close to the south shore of Lake Simcoe.

While technically a town, Georgina operates as a township, a regional municipality of villages. Keswick, on the shores of Cook’s Bay, hosts the town’s main civic government offices. A 35-year-old male driver living in central Keswick pays just over $1,200 annually for car insurance. This rate is based on a clean driving record and no insurance claims on an 8-year-old 4 door sedan. This rate sits about the middle of the pack for Ontario drivers, though it’s higher than average rates outside the GTA.

How Much Does Car Insurance Cost in Georgina

The average cost of car insurance in Georgina is  $1,411.

We surveyed the car insurance prices in the city of Georgina for the purpose of illustrating the range in quotes based on driving record, location, and other criteria. To get a customized quote, enter your postal code above.

In Ontario, car insurance is based on a combination of factors. The precise balance of these factors changes from insurer to insurer. While the government heavily regulates the industry, individual companies remain free to set procedures and prices, as long as these are approved by the Financial Services Commission of Ontario. One of the factors, outside of a driver’s means to control, is the location of their home. Statistical information on accidents and claims in geographical areas contributes to the pool of underwriting data used by insurance companies. Each postal code in the province has its own risk probability. Therefore, the safest driver living in an area with high claims and many accidents will pay more than they would live in other areas with lower statistics. The FSCO permits this pricing variance under auto insurance legislation.

A driver’s personal claims history and driving record are far more influential on insurance premiums. While it may seem that there’s little a driver can do about these after they occur, attention to safe driving habits and commitment to defensive driving over time usually combines with other factors to lower policy costs and reduce the effects of earlier incidents.

As with all provinces in Canada, car insurance is mandatory for all vehicles on the road. Each car owner and the car driver are responsible for purchasing or verifying that a vehicle has current insurance coverage. Even the driver who borrows a car for a quick trip to the store may be fined for driving a car without insurance. Since fines can reach $50,000, a quick check with the owner, as well as for a current pink slip in the vehicle, is prudent.

The mandatory auto insurance policy provides modest protection only. Most motorists prefer to purchase coverage beyond that required by legislation. For example, the government requires third-party liability coverage in the amount of $200,000 as part of the basic plan. Settlements for serious accidents can easily exceed this amount. A driver with minimum coverage remains responsible for settlements beyond the insurer’s portion. Since this could lead to significant financial hardship, liability upgrades to $1 million or $2 million are popular.

A new upgrade is proving practical in the wake of changes to accident benefits coverage in 2016. In certain cases, an insurer’s responsibility for payments after an accident is cut in half, from a maximum of $2 million to $1 million for after-accident healthcare. While in many cases this coverage remains adequate, there are incidents reported in the media indicating exceptions arise. Topping up accident benefits to previous levels now requires an additional purchase.

Georgina residents can use the car insurance calculator here at Ratelab to locate affordable coverage. The process is easy. Simply enter your home postal code in the space provided below and enter basic information about your car insurance needs. Ratelab shops your case with dozens of industry partners to find the best match at the best price.