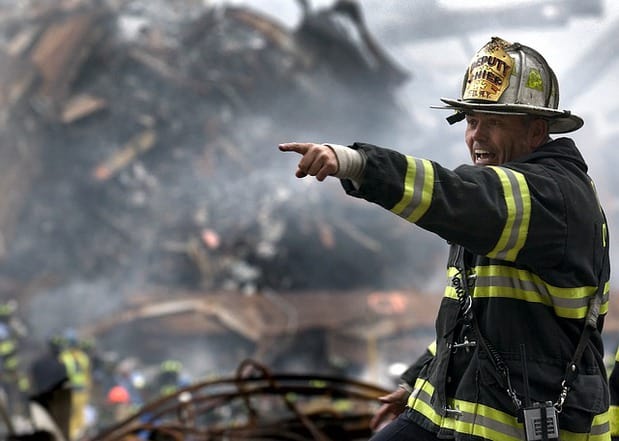 In the vast cities throughout Canada, there are large groups of firefighters. They are there when needed. These groups are usually hired by the municipalities. The various station houses are where they are based. These firefighters have to work shifts.

Like the average employee, they provide their own transportation to work. Some will drive their own vehicles; others may use public transit.

Like every driver in Canada, they have to have at least basic insurance coverage. Once at work they will park their vehicles until their shift ends.

In many of the rural areas for the provinces, the firefighting protocol is a little different. Every region will usually have a fire station. The fire station is equipped to handle fire emergencies. It applies to the areas that they serve. It is much like the fire stations in the big cities. At this point, there are some significant changes.

Most often the rural fire station does not have a full roster of staff on hand waiting for an alarm to come in. They may have just a few firefighters at the station on an around-the-clock basis. The municipality hires and pays these firefighters.

If a fire alarm call does come in these few firefighters will most likely not be able to handle the fire emergency. They will need to rely on the help of others.

These are the extra help that will be available for the full-time firefighters. They provide the extra assistance as needed. They do not get paid for this as they are volunteers. These volunteers usually have unrelated full-time jobs. Plus, other responsibilities throughout the day and night.

Volunteer firefighters have pagers. These come with the volunteer position. They will also have a schedule as to when they are on call. At this time they must have their pager within during the entire time.

Alerts come through their pager that there is a fire they will have to respond to. Some may have to go to the firehouse to get the necessary equipment. While others will go directly to the scene of the fire. In both cases, these volunteer firefighters will have to use their own vehicles. They will use these to get to their designated location.

They have the responsibility of getting to their destination as quickly as possible. It can be a challenge. It is because they are using their own vehicles and could easily get blocked in traffic. To combat this usually, the firefighters will have a flashing light. In Ontario, it is a green light that will go on their dashboard or on the hood of their vehicle.

Then when they are driving to an emergency, they can use the flasher to warn other drivers to move to the side.

These volunteer firemen will have at the very least basic insurance. It is mandatory across Canada. They are using their personal vehicles. Is this Insurance going to be enough to provide enough coverage in the case of an accident? It is a significant risk that they are taking even though they have to obey the driving rules. They are not allowed to speed or run the red light. Although every province has its own rules when it comes to volunteer firefighters.

The risk comes in other drivers perhaps not having the courtesy to pull over. It is when the volunteer firefighter is in route. These firefighters may think they have to take risks to get around these other drivers. It could put them at a higher risk of an accident. Basic insurance only provides the minimum coverage. Again this will depend on the rules of each province. In Ontario, the minimum for accident insurance is $200,000. Insurance companies recommend no less than $500,000.

Would a Claim Be Covered?

There are some who do this volunteer work that has additional insurance. It has become part of their basic policy. It was because they realize that they are using their vehicle more than what usually one may do.

The question is if an accident occurred, would the claim be valid? Every Insurance company is different. Before they issue a Policy, they will ask a lot of questions. They most often want to know what the car will be used for. The volunteer firefighter in this situation should be open and honest. They should tell the insurance provider that they are a volunteer firefighter. Also, they are using their vehicle for this.

Some insurance companies may have exclusive coverage in place for this. Other Insurance providers may decline to provide the Insurance. There is at least one Insurance Company that has dedicated itself to giving special auto insurance. It is for volunteer firefighters.

A person that is in this position should shop carefully for their vehicle Insurance. It can be time-consuming considering there are so many insurance companies. Having to sit down and personally phone each of them would be a tedious task. Even going online and making contact with them would present the same challenge. The ideal solution would be to ask for a car insurance quote from a company that specializes in Insurance quotes. Firefighting information has to be available. This info about firefighting should. Accurate quotes will rely on this.

This way this volunteer knows what their options are. They will have a clear picture as to what the premiums would be. They would know for sure who is willing to provide this type of insurance coverage.

It is disheartening to see that an individual that is doing such a courageous service ends up losing their vehicle in an accident. It is not wise to assume that the Insurance company would automatically cover the claim. Making the assumption because it was as a result of volunteer service.

Every volunteer firefighter should notify their Insurance Company they are performing this service. This way they will know for sure if they are covered. Better to find out sooner than later.