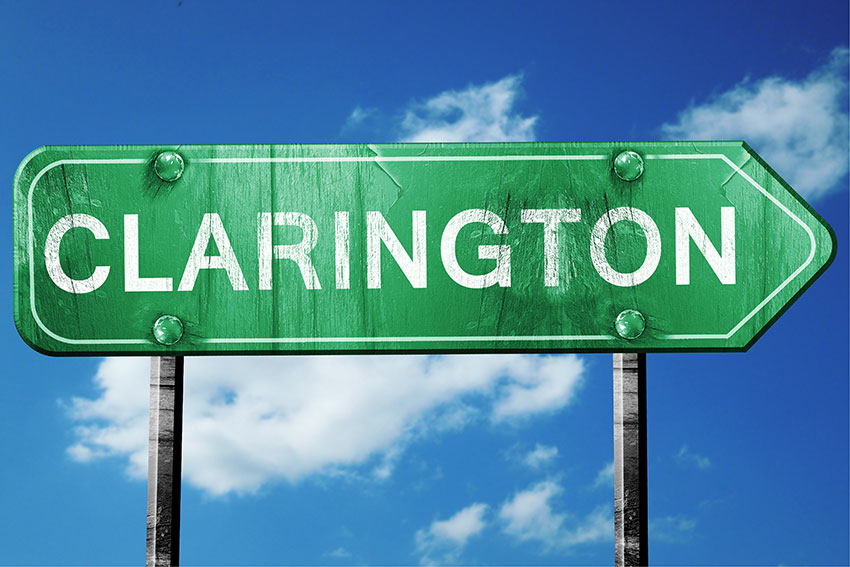 For Ontario residents who don’t travel east of Toronto, the municipality of Clarington may be unfamiliar. Mention towns such as Newcastle, as well as Bowmanville and recognition, likely follow. The new name for the local government came about only in 1994, and the town center remains in Bowmanville. Apart from those two centers, Clarington is largely rural.

At the eastern edge of the Golden Horseshoe region, Clarington marks the end of the continuous development that stretches around the western end of Lake Ontario from Oshawa to Niagara Falls. The center of the municipality hosts the intersection of Highway 401 and Highway 115. To the east, the 401 transforms into predominately agricultural landscapes. Highway 115 opens to the Kawartha and Peterborough regions to the north. It’s a transitional spot in the province as well as remaining a support community for the Greater Toronto Area.

Clarington benefits from both the slower lifestyle and smaller town feeling that cities to the east enjoy. Since 401 dominates life as it does for other GTA communities, car insurance is a concern for many area residents. A typical male driver, 35 years old and living in central Bowmanville, pays about $1,120 annually for an auto insurance policy. While not as low as rates in Belleville and Kingston further to the east, premiums are more affordable than northern GTA suburbs as well as rates in many parts of Toronto.

How Much Does Car Insurance Cost in Clarington

The average cost of car insurance in Clarington is $1,223.

We surveyed the car insurance prices in the city of Clarington for the purpose of illustrating the range in quotes based on driving record, location, and other criteria. To get a customized quote, enter your postal code above.

Finding the best prices on auto insurance in Clarington requires careful attention to comparison shopping as well as a little patience. Ontario’s car insurance market is both competitive and highly regulated. Every insurance company has its own way to underwrite policies. In the interest of gaining a competitive advantage over other insurers, each company establishes unique formulas to calculate premiums. Essentially identical policies may vary in price by hundreds of dollars, based solely on the differences in the way two companies calculate rates.

Every car on the road in Ontario must be insured. Fines up to $50,000 may be levied on owners and drivers who knowingly operate uninsured vehicles. Car ownership, registration, and licensing each requires proof of insurance in the form of the “pink card.” A valid card should remain in the vehicle at all times as proof of insurance coverage.

The basic auto insurance policy required by the government covers four types of insurance. Third-party liability is the most significant of these. This coverage protects a motorist when others sue following an at-fault accident. In serious accidents, settlements of $300,000 or more may occur, although Ontario requires only $200,000 of coverage. Many drivers choose to increase that coverage to $500,000, $1 million, or more.

Accident benefits coverage pays for health and rehabilitation costs not covered by the Ontario Health Insurance Plan. Changes to legislation in 2016 lowered the maximum benefits payable in some situations, so increasingly, drivers add additional accident benefits coverage as well. This coverage is part of Ontario’s no-fault insurance provisions. The province uses a combination of tort-based as well as no-fault coverage.

Direct compensation/property damage coverage is special case insurance. It applies to certain types of accidents. When conditions are met, the driver’s own insurer pays for damages and loss on a no-fault basis. Finally, uninsured/unidentified driver coverage provides payments when a motorist collides with an uninsured driver or with a driver who flees the scene. The motorist’s own company covers loss when the other driver avoids legal responsibilities.

While collision and comprehensive insurance aren’t required by the Ontario government, drivers who finance a vehicle purchase may find this coverage required by the financing agency as a condition of the loan. Unless a driver can finance all costs related to a collision or loss to their vehicle, some level of these optional classes is usually prudent.

Collision insurance covers almost anything that happens while a car is on the road. Comprehensive insurance takes care of incidents that are usually non-driving, such as fire, vandalism, or theft. A type of coverage called All Perils combines aspects of collision and comprehensive insurance in a single policy endorsement.

Saving money on car insurance in Clarington is easy. Smart shoppers use Ratelab’s car insurance calculator. Entering your car insurance needs data once produces up to 10 low-cost estimates on the coverage you need. Start with your home postal code below. The process is no-cost and no-obligation.