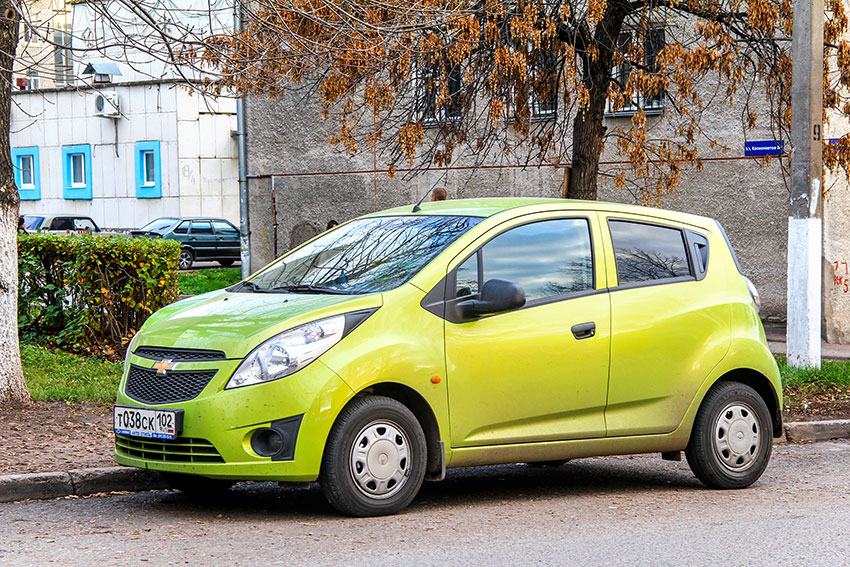 How Much Does Car Insurance Cost For Chevrolet

Because of the wide range of vehicles, car insurance for Chevrolet prices can vary.  The larger and commercial lines of trucks are considerably more expensive to insure, but their safety ratings make them more affordable than other brands.

Chevy vehicles come with a wide range of options, so it’s important to discuss any non-standard equipment with your insurance provider. The brand is not only one of the safest on the road, but it’s also one of the easiest to modify as well, because of all the available accessories and aftermarket systems.

The table below shows the Chevrolet car insurance.

Personal injury claims emerge after collisions, amounts paid for the medical care and rehabilitation of those involved in accidents. When a vehicle has a low cost for accident benefits settlements, it means the occupants of the car received minor injuries if they required care at all. Cars with high settlements mean more major injuries or death benefits paid. It’s a good general indication of how well a vehicle protects those inside it, and it’s a statistic that insurance companies use to develop risk profiles for individual car models.

The Chevrolet Avalanche, Impala, and surprisingly the Corvette consistently rank at the low end of personal injury claims costs, below average compared with all vehicles involved in accidents in the country. At the other end of the scale, the Chevrolet Aveo, Cobalt, Cavalier, and Venture are regularly over the national average. Higher than average accident benefits claims indicate a more frequent and more serious injury.

The remainder of Chevy models park in the average range for the accident benefit category, as expected from a company with the market share Chevrolet has.

Several Chevy models score higher than average when looking at collision repair costs. This in turn increases risk rating for those models, likely causing insurers to charge more for coverage. Models to watch for here include the Chevrolet Sonic, Trailblazer, Malibu, and Cruze. Note that not all model years rate above average, and each insurance company addresses such trends in its own way. This is one reason why car insurance premiums vary widely between providers, even between the same vehicle with the same coverage.

The only Chevy model with serious theft risk is the Avalanche. In 2015, it appeared twice on a list of most stolen vehicles in Canada for its 2003 and 2004 models. Contemporary anti-theft technology reduces the risk of theft. However, just as speeding tickets and other traffic offenses stay on your record, so to these 2015 statistics haunt the Avalanche. How individual insurers weigh this data is unknown. However, if you find insurance quotes higher for the Avalanche than similar vehicles in its class, this may be one reason.

Chevrolet offers both the Corvette and the Camaro, classic North American muscle cars in the high-performance tradition. Any vehicle so labeled costs its driver when buying insurance. Sports cars invite aggressive driving behavior, in the eyes of insurance companies, so these models are classed as higher risks just for that potential. Whether a driver takes advantage of that performance doesn’t matter. A conservative driver wanting a sporty model may seek insurers who offer usage-based auto insurance plans. Those that include telematics devices report driving conditions such as acceleration and braking may help counter the risk potential of cars like Camaros and Corvettes.

As with most manufacturers, the Takata airbag recall affects certain Chevrolet vehicles. As well as the more recent recalls noted below, Chevrolet has an extensive list of older recalls, due to the large number of models the company sells.

With a wide range of models as well as a wide range of car insurance performance factors, insuring Chevy vehicles will cover an equally wide range. Some general insurance rules may help identify the Chevy model that best suits your needs.

Four-door sedans, SUVs, and SUV crossovers are strong on family appeal. Family users are, generally speaking, the lowest risk drivers. The people and the vehicles support each other statistically, lowering risk factors in both directions. Choose a vehicle in these categories if you’re looking for the best performance at low insurance premiums.

The Chevrolet Cruze ranks sixth on the list of the 25 best-selling passenger cars in Canada. It is GM’s most popular Car in Canada.

The company continually evaluates as well as revises safety systems in vehicles to integrate the latest technologies and improve the safety of their vehicles. While safety is a top priority, Chevrolet manages to achieve amazing results without diminishing the ride or comfort of the vehicle. It has an overall safety rating of 5 Stars by the National Highway Traffic Safety Administration.

Chevrolet models are not the cheapest to repair and neither are they the most expensive. Repair costs are about average.

The brand produces reliable cars, vans, and trucks that resist damage so you can expect most of the models to be strong and reliable.