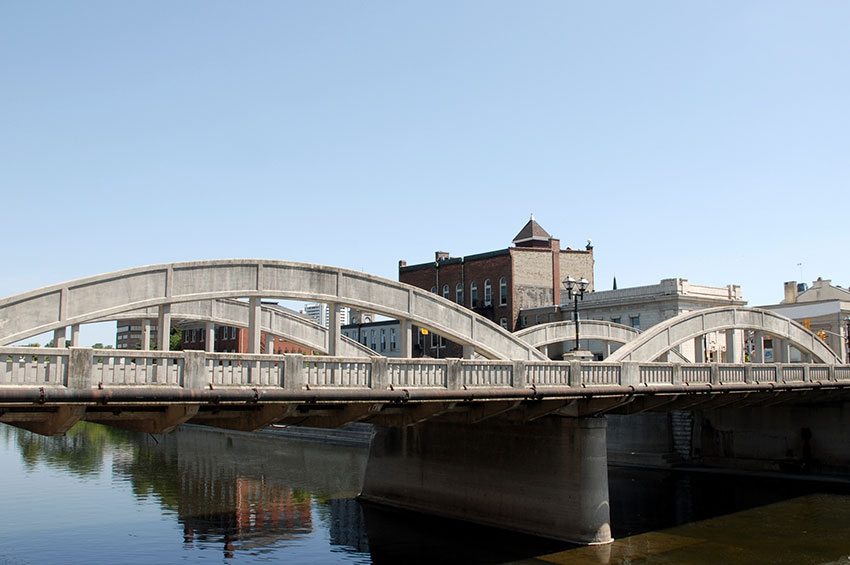 Once three individual towns — Hespeler, Preston, and Galt — Cambridge amalgamated in 1973, partly as a hedge against encroachments from Kitchener, to the north. Present days Cambridge sits mostly south of Highway 401 and the boundaries of the three former communities are now difficult to distinguish.

How Much Does Car Insurance Cost in Cambridge

The average cost of car insurance in Cambridge is $1,343.

We surveyed the car insurance prices in Cambridge for the purpose of illustrating the range in quotes based on driving record, location, and other criteria. To get a customized quote, enter your postal code above.

As an Ontario community, all cars on the road require auto insurance. Fines for violations range up to $50,000, so it’s expensive to avoid this requirement. Private insurance companies supply the province’s auto insurance market, though tight regulations are thought to contribute to the generally high cost of car insurance policies. The Financial Services Commission of Ontario provides oversight for the industry, but flexibility remains for individual providers, so long as the FSCO approves rates and procedures.

Every insurer has a unique method for underwriting policies. Because of the differences between companies, drivers benefit from competitive pricing. There’s no standard policy that’s right for every driver, and car insurance can be customized to meet most drivers’ needs.

There is, however, a minimum amount of insurance, below which an insurer can’t sell. This policy carries four classes of coverage. The major two, accident benefits and third-party liability, may be extended through additional insurance purchases. Basic coverage does not include either collision or comprehensive coverage, the insurance types that often cover repair or replacement after an incident. Most Ontario drivers add these to their policies.

The cost of collision as well as comprehensive insurance is somewhat adjustable. Deductible limits permit a driver to fine-tune a policy’s premiums. A motorist maintaining high deductibles accepts more financial responsibility in an insurance claim but pays less for their annual premium. Low deductibles transfer more financial load to the insurer, so premiums go up.

Drivers also have a variety of options for specialized coverage, depending on what features their insurance company offers. While most options carry additional costs, some features, such as usage-based insurance programs, provide discounts.

Most insurers also offer discounts when a motorist meets certain conditions. Maintaining auto and home insurance with one company could earn discounts on both policies. Similar offers apply with more than one driver or car insured with the same company.

Cambridge motorists can shop for the lowest car insurance rates from their computers. Ratelab offers a car insurance calculator that searches dozens of industry partners to find the best match of both features and price. Enter your home postal code below to find your lowest rate.