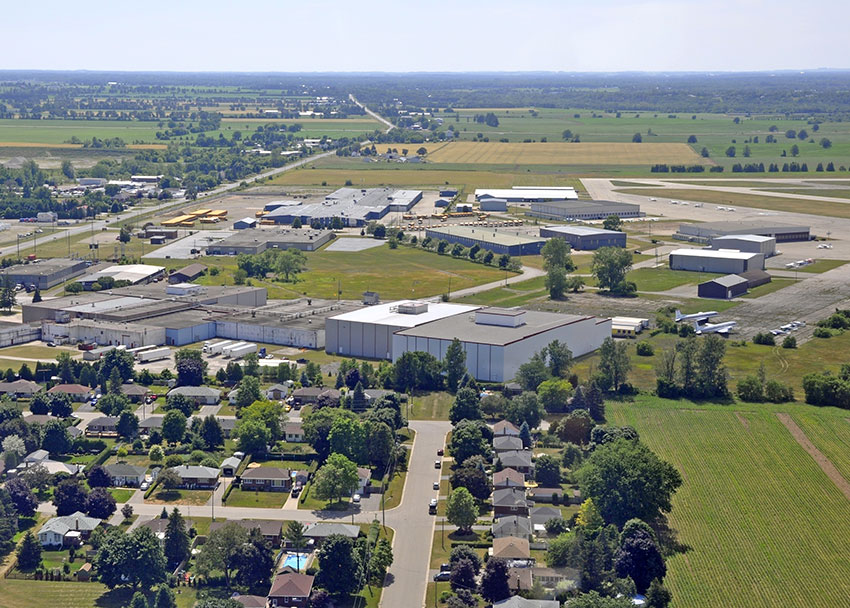 Named after the Grand River crossing that Joseph Brant used as a canoe landing for his people — Brant’s Ford. By the mid-1850s, the town was called Brantford by European settlers who incorporated it in 1877. Brantford’s earliest identity and main claim to prominence surround its involvement as the birthplace of the telephone. Inventor Alexander Graham Bell came up with the telephone concept while living in Brantford. Later, he built working models in Boston, but Brantford became an early telephone manufacturing location.

Brantford’s location suited the agricultural implements industry. Manufacturing farm equipment, supported by existing rail networks, could be built and distributed conveniently from the area. Companies such as Massey-Harris and Verity Plow. Economic downturns in the 1980s and 90s took a toll on the region. However, the completion of Highway 403 improved access to the area, and now unemployment is below national averages.

Brantford is, like many Ontario towns, car-driven. Only recently added to the Greater Golden Horseshoe area, its proximity to Hamilton provides economic advantages.

How Much Does Car Insurance Cost in Brantford?

The average cost of car insurance in Brantford is $1,234.

We surveyed the car insurance prices in Brantford for the purpose of illustrating the range in quotes based on driving record, location, and other criteria. To get a customized quote, enter your postal code above.

Driver, car, and home address all factor into calculating car insurance premiums in Ontario. While insurance companies all draw from the same statistics, each one has its own way to develop policy prices. Competition means that drivers in Ontario may find substantial differences in the cost of similar coverage between insurers.

The province’s auto insurance market remains regulated through the Financial Services Commission of Ontario. Any car on the road is legally required to have a minimum of insurance coverage set by the government. Penalties for driving without insurance may be as high as $50,000.

On the other side of that equation, mandatory insurance may be insufficient on its own for most drivers. The right to sue for damages after an accident is part of Ontario’s system. Settlements for severe accidents can cost an at-fault driver $300,000 or more. Yet the province only requires $200,000 in third-party liability coverage, the part of a policy that pays settlement costs. Drivers in Brantford frequently increase this coverage to $500,000 or more for peace of mind.

Many other elements of car insurance coverage are optional. Even basics such as collision and comprehensive coverage aren’t required by the government. Financing for car purchases, however, may have requirements to include these.

Drivers can fine-tune the cost of insurance through the adjustment of deductible amounts. Deductibles are the portion of repair or replacement costs that car owners pay before the insurance company contributes. Low deductibles mean high premiums and vice versa.

Brantford motorists can take advantage of Ratelab’s car insurance calculator to shop for the lowest premiums. Start with your home postal code in the space below and walk through a few easy steps to generate up to 10 quotes for your car insurance needs.