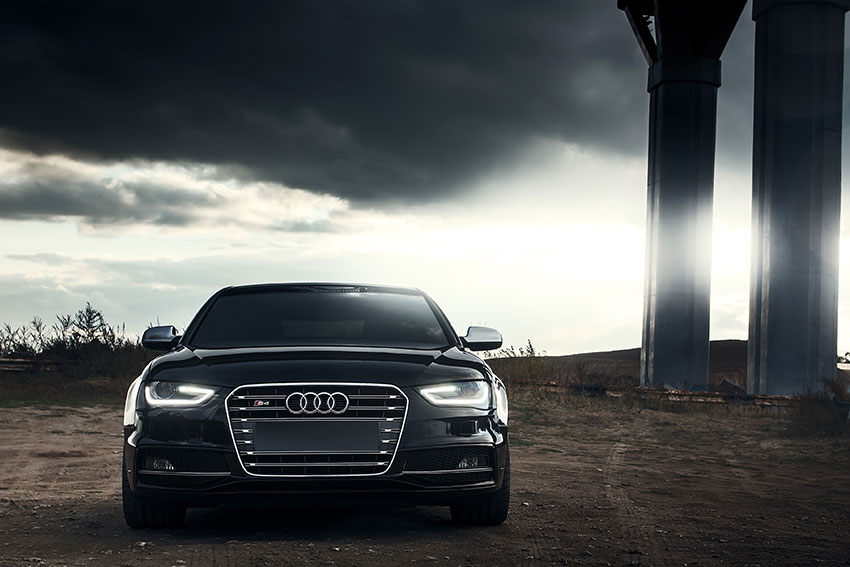 Discover what the Audi model of your choice costs to insure using Ratelab’s car insurance calculator. Insurance premiums blend car, driver, and insurance company information together to create a unique policy for you. Start now by entering your postal code in the space provided above.

How Much Does Car Insurance Cost For Audi

The average cost of car insurance for Audi is $1,183 in Canada.

Methodology: We surveyed Audi car insurance prices in select Canadian cities for the purpose of illustrating the average quotes for a male driver aged 35 years in the city downtown with an owned Audi A4 2.0T 4DR 2015 model car.

Audi models are all about occupant comfort and this extends to safety in collisions as well. The Insurance Bureau of Canada reports that all Audi models perform better than average at protecting drivers and passengers involved in accidents. Data collected from personal injury claims for all car accidents in the country show fewer than average claims from occupants of Audi vehicles.

Audi is also a leader in theft deterrent systems. Despite having high performance and major curb appeal, no Audi models appear on any most-stolen lists for Canada. While it’s true that Audi owners may be more diligent about garage parking their vehicles. The Audi A4 and Q5 have even made a Least Stolen list.

Audi has seen a rise in overall popularity and brand perception over the last five years, at the same time that competitors such as BMW and Lexus experienced decreases. This stems from the company’s focus on innovation and thought leadership, rather than aiming for market position.

This trend results in increased sales. That in turn creates conditions for two particular potential savings points for insurance. As more Audi models hit Ontario roads, the more data insurers have on which to base risk, which likely reduces the number of Audi vehicles involved in accidents on a percentage basis. With a greater volume of vehicles, a better supply of parts may reduce overall car repair costs after accidents.

Until the impact of increased sales hits the insurance statistics used by companies to set premiums, it’s likely that Audi models will continue to cost more to repair. The materials and precision manufacturing of parts contribute to the cost to build Audi vehicles and the accompanying higher sticker prices. IBC statistics show that except for a few model years, Audis cost more than average to repair after collisions.

While Audi models generally perform to high standards, there are some factors that may drive up insurance costs. In particular, Audi models prior to 2004 generally performed poorly in rear-end crash testing. Though this is a 12-year-old problem at the time of publication, older Audis are still on the road. Premium construction and an owner’s tendency for regular maintenance give these models good life and resale performance.

The lowest insurance prices on Audi vehicles depend on factors related to car performance as well as the driver and chosen insurance company. If you’ve decided on an Audi, but haven’t chosen a model, here are some hints about how each may affect insurance prices.

Generally speaking, SUVs, crossovers, and four-door sedans score the lowest in risk due to their appeal to family-oriented owners. Models such as the A3, A4, A6, and S6 sedans and the Q3, Q5, and Q7 SUVs should score the lowest insurance rates.

The high-performance Audi TT and R8 weigh in on the other end of the scale. Both models are true sports cars for the luxury market in style and power output. Since vehicles of this nature are thought to invite more aggressive driving habits, insurers respond with higher risk ratings for these models. Higher risk means more expensive premiums.

Cabriolet and coupe models, such as those available in the A3 and A5 model lines, are placed between these extremes for insurance pricing.

Audi is known throughout the world as one of the three largest German luxury car manufacturers, alongside BMW and Mercedes-Benz. Audi manufactures their family of road and sports cars in nine production factories located throughout the world. Its headquarters are in Ingolstadt, Bavaria, Germany. Since 1966, Audi has been a subsidiary of the VW Group. At the time of purchase, Audi was known as the Auto Union. Volkswagen re-branded the vehicles and launched them back into the market the same year they purchased the brand. Audi is the Latin translation of the last name of the founder of the manufacturer, August Horch.

Audi’s presence in Canada grows stronger every year. Luxury car manufacturers have enjoyed a healthy revenue stream from Canada for some time now. With a wide range of cars, including a selection of less expensive introductory models and mid-level SUVs, Audi is quickly becoming one of the top-selling car manufacturers in Canada.

The Audi Q5, a compact luxury SUV, is tied with the BMW three series as the best-selling luxury car in Canada. As luxury crossover SUVs become more and more common, Audi has managed to stand out against cheaper and more commonly known brands such as Chevrolet, Mitsubishi, and even Jeep. Although these brands still sell more cars than Audi, none of them can be considered luxury cars.

Audi’s models are equipped with the most safety features expected in a luxury car. Most models are fitted with traction and stability control, side airbags, front and rear with curtain airbags, and driver and passenger airbags with knee airbags.

All Audi models have received high scores in NHTSA and IIHS safety and crash tests. The latest models haven’t been subjected to the new crash test from the IIHS, so they haven’t been awarded a Top Safety Pick score yet.

Many of the parts for Audi have to be imported. Because of that, Audis tend to be more expensive to run and maintain than other brands. When compared to other luxury cars like BMW and Mercedes-Benz, Audis’ repair and maintenance costs are average.

Luxury cars are rare, so they tend not to be featured in most stolen cars lists. Also, this type of vehicle comes equipped with an above-average anti-theft system that often deters thieves. The Audi A4 has even been listed as one of the least stolen cars in Canada by the IBC.