Being Aware of the Most Dangerous Highways By Provinces 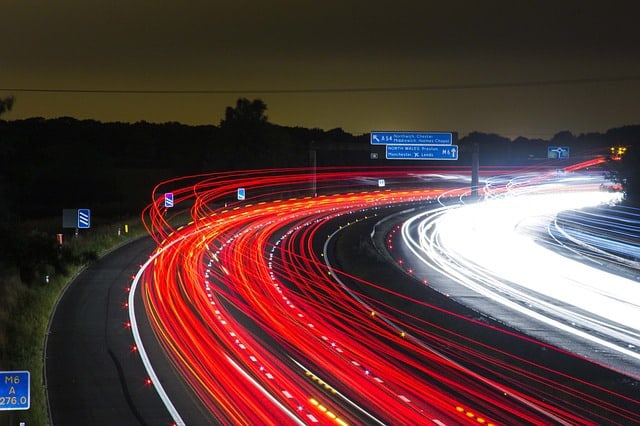 Canadian drivers like any driver have to be cautious no matter where they are driving. Most are familiar with the driving environments of the Province they drive-in. They soon become familiar with what roads and highways create extra risks. They may not be familiar when driving outside of their province. Every province has its fair share of dangerous roads to drive on. By knowing what these are drivers can remain alert.

What Contributes to Making Highways Dangerous

There are a lot of factors that contribute to making one highway more dangerous than another. These include;

Drivers Have a Responsibility

The demographics and conditions of the highways cannot always be to blame. Drivers play an important role in the safety of the highways. Although some of the other issues can be some of the factors of dangerous driving. Congested highways cause drivers to get agitated. Then they take risks that are dangerous. Not only to themselves but to others. Speed is a big factor. There is a tendency for many driving the highways to exceed the speed limits. Even though the speed limits are already high. Distractions and drinking while driving are just some of the other factors. It is not uncommon for highways to reach a classification of dangerous. Not with there being so many different factors.

The Trans-Labrador Highway.  Known as route 500. It is a highway that stretches for 1,246+ km. It is an older highway established in 1992. The terrain of the highway is what lends to its dangerous conditions. It has a lot of steep hills. The condition of the road itself is relatively poor. It has long stretches of gravel surface. Plus, it has embankments that are high, and the shoulders are soft.  Also, it is a heavily traveled highway because it is the only highway that exists here.

PEI has several arterial highways as well as Collector highways. Confederation Bridge is part of the Trans Canada Highway. It is the main highway linking PEI with New Brunswick. The highway was built with safety in mind. The danger aspect here is the bridge. It spans ice-covering straits during several months of the year. Another potential risk is for certain vehicles driving the bridge in strong winds. At times restrictions are in place for this.

New Brunswick has several arterial highways and many collectors highways. Statistics Canada is rating some of the NB highways as being the deadliest. Although it is not always the condition of the highways that are at fault. Concerning highways that are rated as dangerous. Quite often it is a result of poor driver habits and driver errors. Previous data indicate the NB highways fatality rate on their highways was at 13.1%. Which was thirty-one percent higher than the national average. These figures applied to the 2000 to 2004 statistics.

Dempster Highway is the one to bring extra caution for motorists traveling in the Yukon. It is also referred to as Yukon Hwy. 5. It is the link between the Yukon and Inuvik. The main danger comes from the variations in the weather conditions. It is these that affect the road conditions.  The road surface consists of gravel which adds to the dangerous conditions.

In 2016 Manitoba had to deal with a sharp increase in collisions in the Southeast section. One of the main highways for this section of Manitoba is the section of the Trans-Canada Highway. It’s called Manitoba Hwy. One.

Sask. has three important provincial highways. These are  Highway One, Eleven, and also Highway Sixteen. Plus, there are many other highways. One of these is Highway 155. In 2017 it made a list of Saskatchewan’s worst roads. There were some specific metrics that put this road in this category. These were poor road maintenance, inadequate signage, and traffic congestion. Plus a few other concerns.

Among the list of dangerous highways in Alberta, there were Highway 3 and Highway 44. Statistics show some fatal crashes that occurred. During the years of 2005 to 2014. Added to the list were also Highway 43 and Highway 9.

While the most notorious highway in Ontario may be Highway 401, there are several others. Also, there are certain sections of the highways considered riskier. For the 401 it is near Whites Road in Pickering. As well as Courtice Road near Oshawa.

There may be some controversy over which highways in Quebec are considered to be the most dangerous. One that tops the list for this province is Highway 40. The danger comes with the deterioration of the road itself.

Tibbitt to Contwoyto is one of the most dangerous stretches of road in the N.W. Territories. Road conditions on Highway 3 have always been a concern.

It isn’t Just the Highways

It isn’t just the highways that one has to be aware of. When it comes to their safety factors. There are many other smaller roads that drivers use. Their safety factors are important. Drivers need to be more cautious with unsafe road conditions. But, they have a responsibility to practice safe driving.

Also, the weather plays a big role in the safety of all roads. Drivers need to be aware of this. They need to apply the appropriate driving skills at all times.

Having some awareness of the dangers of the highways beforehand is useful. Drivers can then take extra caution as necessary. Often there are specific stretches of road that are more hazardous. Being aware of these will help the driver know when extra care is needed.