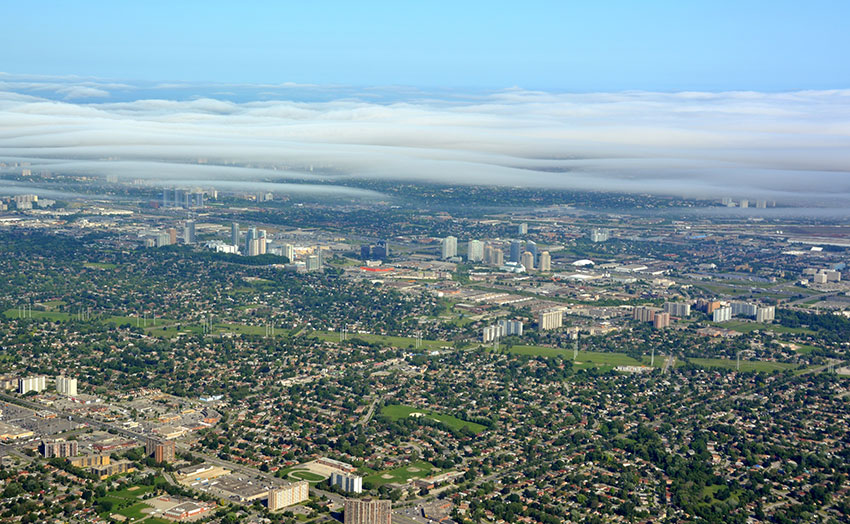 Scarborough, a former municipality, is located in the eastern part of the city of Toronto, Ontario. It is bordered by Lake Ontario on the south and Victoria Park Avenue on the west while Steeles Avenue East and the Rouge River border it on the north and east.  Scarborough was formally a collection of small rural villages but has grown rapidly to become a large city with diverse cultures. During the Metro Toronto years, the city rapidly developed as a suburb of Old Toronto and became a city in 1983. It was amalgamated into the city of Toronto in 1998. The city of Scarborough is one of the most culturally diverse cities in the Greater Toronto Area because most new immigrants to Canada reside in this city. The city is home to different religious groups and is a popular tourist site with popular landmarks like Rouge Park and Scarborough Bluffs.

Christianity is a very popular religion in the city, according to the National Household Survey carried out in 2011. About 49.1% of the population (280,330 people) self-identify as Christians. About 13.1% of the residents are Hindus, and 10.5% are Muslims (estimated 60,425 of the total population). The regular influx of immigrants to the city has led to the creation of vibrant multicultural locales in different parts of Scarborough. A very notable example is the heavy concentration of Chinese restaurants and businesses in the Agincourt neighborhood.

How Much Does Car Insurance Cost in Scarborough

The average cost of car insurance in Scarborough is $2,292.

We surveyed the car insurance prices in the city of Scarborough for the purpose of illustrating the range in quotes based on driving record, location, and other criteria. To get a customized quote, enter your postal code above.