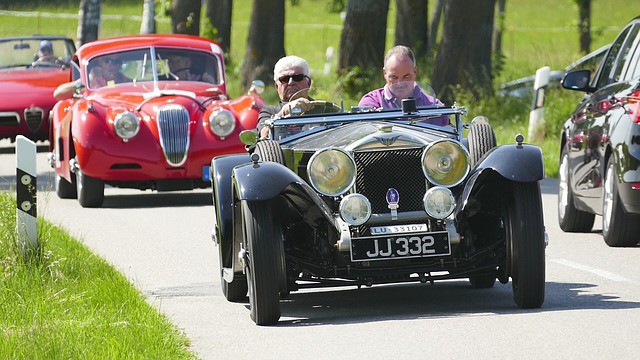 Many drivers are looking for ways that they can cut their costs. Car insurance is expensive across Canada.  Some families are restricting themselves to one family car. Rather than having to ensure two cars. When there is more than one driver, they have to decide who is going to be the primary driver. Versus the occasional driver. There can sometimes be confusion about this.

The primary driver is the driver who will be driving the vehicle the majority of the time. It is quite often the person who drives the vehicle to work every day. Also, the one that most times does the driving when it is necessary to take the vehicle out. The primary driver is the one that the insurance company scrutinizes the most. They will use all their metrics in regards to this driver to determine the main cost of the insurance.

It’s all going to depend on the family dynamics when it comes to the driving history of the family. Most often the occasional driver is the one that is only going to be using the car as the name states on occasion.

Quite often there is a stay-at-home mom that is only going to be using the car when necessary which overall is not too often. In most cases, the occasional driver insurance works well for the second family member. The one that is not using the vehicle on a full-time basis.

There are different rules for insurance according to the different provinces. It is what can make insurance confusing in Canada.

Something else that is going to make a difference is how many vehicles are on the insurance policy. A decision about which vehicle the occasional driver will use needs doing. If this is taking place in Québec, then the driver goes on the policy that is the most expensive for the insurance. The insured will have a choice. They may restrict the occasional driver to the car that is the least expensive. But it gets confusing. It is because the occasion or driver can drive the more expensive car. But if they are in an accident, they are only covered for the liability.

It is a vast difference from what takes place in other provinces. Such as BC and Saskatchewan as well as Manitoba. Here the only driver on the policy is the primary or the principal driver. It is because the insurance is government-run in these provinces. It may be necessary to add the occasional driver to the policy.  If the driver is going to add extra insurance beyond the basic government coverage.

Ontario has some of the highest insurance rates. When it comes to occasional drivers, there is a bit of a bonus.

Anybody in Ontario living in a home with a driver’s license can take on the role of occasional driver. It applies to any of the vehicles on the policy. It is even applicable if they have their vehicle and take care of their insurance. Exclusion is possible if the insured chooses to do so.

Knowing What The Provincial Rules Are

One of the most common mistakes that individuals are listening to is the many myths. Those surrounding this type of insurance. A smart insurance shopper will gather all the details. They will use these to help decide who they want to buy their insurance from. There are lots of ways that they can do this, and it’s quick and easy especially if one is using quotes to do so. Going further and doing insurance comparisons is the smart way to an insurance shop. Every penny counts when it comes to insurance premiums. If one is a smart shopper, they can realize some savings on their insurance costs.

Multiple Vehicles At One Address

It’s not unusual for there to be two or three vehicles located at one address. It is also not unusual to have two vehicles insured with the same insurance company. One of the rulings that will usually stand is that there can only be one primary driver named for the policy. Also, that primary driver can only be ensured as such under one vehicle. It makes sense because a primary driver is not likely to be the primary on two vehicles. But, this is not always the case. There are drivers that own two vehicles. They use one for their regular driving and may use the second for recreational. Or one may be a classic car for example. There are many different variables when it comes to insurance. When it comes to the primary and secondary drivers as well as the number of vehicles.

Insurance companies have their viewpoint on how they want to assess the drivers. The insured individual should also take a look at what’s most beneficial for them. There are many different types of insurance packages that are available. In Canada, it is mandatory to have basic insurance coverage. There are many that want to increase their coverage for greater protection. The fact that there are going to be two drivers on the vehicle may be one of the mitigating factors. One should step up their insurance coverage. They may want to increase their liability. Also, they may want to increase their comprehensive coverage. It is because they know that there is more of a risk when the car is on the road. This is the case when there are two drivers. Even though one is only going to be an occasional driver

Getting Great Deals On Insurance

There is no doubt that having a primary and a secondary driver is going to drive the cost of the insurance up somewhat. Again the driving history for both drivers is going to play an important role. But, there are a lot of insurance companies in Canada. They all have something special to offer as by way of enticement to draw new clients in. These are insurance discounts. Each person that is going to be driving the car should see what discounts may apply to them. Although these each on their own may only give a small decrease. When used in a group they can produce some great savings.